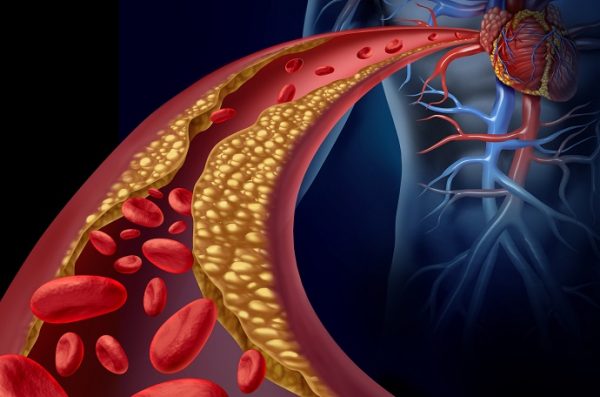 Assistant Professor Pranav Soman and his research team have engineered a new method to create model blood vessels that is more efficient, less expensive and more exact. The models can help in researching diseases such as cholesterol buildup.

Creating model blood vessels to aid in the study of diseases, such as strokes, can be complicated, costly and time-consuming. And the results may not always be truly representative of a human vessel.

Soman, of the Department of Biomedical and Chemical Engineering in the College of Engineering and Computer Science, and his team are creating vascular channels using 3D printing-enabled casting.

Their research is detailed in the article “An in vitro vascular chip using 3D printing-enabled hydrogel casting” in the journal Biofabrication (August, 2016). The lead author is Liang Yang ’16, with co-authors Shivkumar Vishnempet Shridhar, Melissa Gerwitz ’17 and Soman. 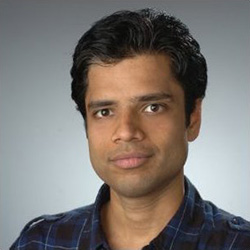 “Most of the approaches to create blood vessels have been to mix a hydrogel with cells and relevant growth factors—the idea being that the cells and growth factors will automatically know to form microvessels,” says Soman, who is a member of the Syracuse Biomaterials Institute. “They do form networks and blood vessels, but they are randomly formed and don’t connect with each other.”

To engineer something more complex, a mold must be cast to create the exact shape of the blood vessel needed to study. Much of the work typically has been done in “clean rooms,” ultra-sanitized rooms that are environmentally controlled to prevent contamination.

Syracuse University does not have a clean room, so the work has to be done at other universities. “It takes a lot of time and effort to work in a clean room, and it’s also very expensive,” Soman says.

3D printing has now made the difference in manufacturing. “We can use 3D printing to create the mold and use that mold to cast whatever gel and cells in whatever shape we want,” Soman says.

Off-the-shelf 3D printers can cost between $1,500-2,500. “Within that range you can basically print anything you want as compared to a clean room that will cost thousands of dollars to get the work done,” Soman says.

Soman’s lab in the Syracuse Biomaterials Institute has 3D printers, as does the Department of Mechanical Engineering in Link Hall.

In their experiments, which have been supported with funding from the Department of Biomedical and Chemical Engineering, Soman’s team members made an L-shaped channel from a mold created from a 3D printer. A gel mixture, containing gelatin and vascular cells, is poured on top of the mold and ultraviolet (UV) light projected on it. The liquid gel reacts to the UV, and it turns to a solid gel. The channel is then peeled from the mold.

An important breakthrough is the ability to establish multiple cell layers in the channels. “Typically, when these microfluidic vascular chips are made, they only have one layer of cells,” Soman says. “But blood vessels inside the body are made up of three to four different cell types. The innermost cells, endothelial cells, are the ones that come in contact with blood, but the other layers of cells assist those inner cells.”

If there is an injury or a blood clot, there is a whole reaction that takes place between these cells.

“We have the ability to make two, three, four layers of cells with the same approach, so now you can capture the whole dynamic of what is happening between these different cell types and the endothelial cells,” Soman says. “Before this, most chips use only the endothelial cells, so they have no idea what the other cells surrounding them may be doing in the context of clot formation or if there is injury or to simply understand fundamental vascular function.”

For example, cholesterol starts to linger in arteries and veins, and it can lead to strokes and heart attacks. If you can replicate the complex curved and branched shapes of arteries and see where stress can reside in one area over another, you can begin to understand more about the disease.

“The cholesterol is formed in only areas of high stress,” Soman says. “If I want to study a branch or certain shape of an artery, I can print that shape, test the flow, and see where a clot will form—and maybe how can we prevent it and make new drugs to make sure a clot won’t get stuck.”

“Bone also requires a blood supply, so if I want to build a bone, I would want to make the small pipes of blood supply and fill with oxygen and other nutrients so that we can grow a large-scale 3D bone,” Soman says. “So one day we could potentially use in humans and replace a defective part of the bone completely. But to do that we have to understand the relationship between bone formation and blood flow. This vascular chip will enable us to study the interaction between the flow of blood and vascular cells and bone cells.”