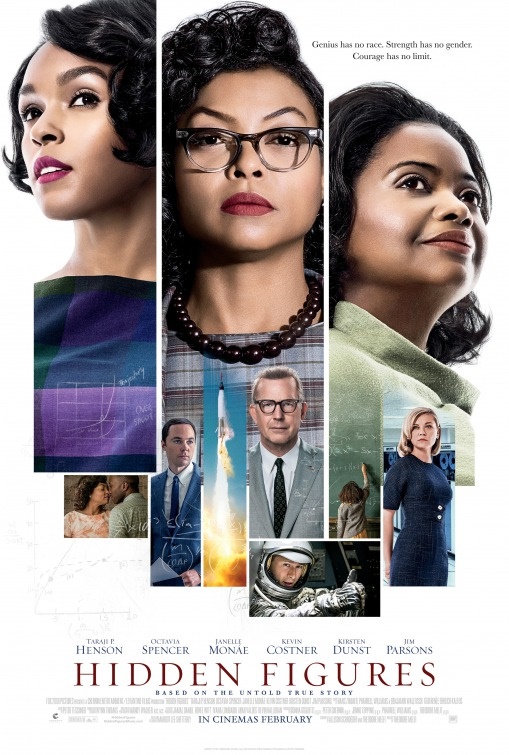 On Tuesday, March 28, students studying in the STEM fields and deans from the College of Arts and Sciences, the School of Education, the College of Engineering and Computer Science and the School of Information Studies will join 1977 College of Arts and Sciences graduate Dr. Sharon A. Brangman, Distinguished Service Professor of Medicine at Upstate Medical University, to discuss the film, “Hidden Figures,” during a panel discussion following a screening of the film.

The Oscar-nominated film depicts the story of a team of African-American women mathematicians—Katherine Johnson, Dorothy Vaughan and Mary Jackson—who were instrumental in propelling the U.S. space program moonward in 1961. However, the world shown in the film is hardly a relic of history since racial and gender barriers and disparities still exist in the fields of science, technology, engineering and math.

“Although the story of the film lives in a specific time in history, the lessons of the film are very relevant today,” says Sharon Alestalo, program director for SU ADVANCE and Women in Science and Engineering.

The film is based on the historically accurate book written by Margot Lee Shetterly. The story of the women mathematicians remained largely concealed until the book was published in September 2016, and the movie was released in December 2016.  The film stars actors Taraji P. Henson, Octavia Spencer, Janelle Monáe, Kevin Costner, Kirsten Dunst, Jim Parsons and Mahershala Ali. The film was nominated for numerous awards and won the Screen Actors Guild Award for Outstanding Performance by a Cast in a Motion Picture.

The event, “Race, Gender, and STEM: A Screening and Discussion of ‘Hidden Figures’ and Intersectionality,” aims to generate dialogue about the intersections of race and gender in the STEM fields.  The themes within the film and the panelists’ discussion will also highlight the importance of encouraging inclusive STEM organizations and celebrate the many contributions women from all racial and ethnic backgrounds have made and will continue to make in these fields in the future.

“In some way, we hope this film screening and discussion will help inspire future women trailblazers and pioneers in the STEM fields,” says Barry L. Wells, special assistant to the Chancellor and co-chair of the University’s Council on Diversity and Inclusion.

The film will be open captioned and assistive listening devices will be available. American Sign Language (ASL) interpretation and Communication Access Realtime Translation (CART) will be provided during discussion prior to and after the screening. For questions about accessibility, to reserve an assistive listening device, or to request other accommodations, contact Aaron Hodukavich, director and ADA coordinator in EOIRS, at 315.443.2377 or ada@syr.edu by March 23, 2017.

The screening and panel discussion are sponsored by Women in Science and Engineering, SU ADVANCE, the Office of Faculty Affairs, the Council on Diversity and Inclusion, and the Office of Multicultural Affairs.

For questions, contact Marie Garland, SU ADVANCE, at mgarland@syr.edu or Wells at blwells@syr.edu.