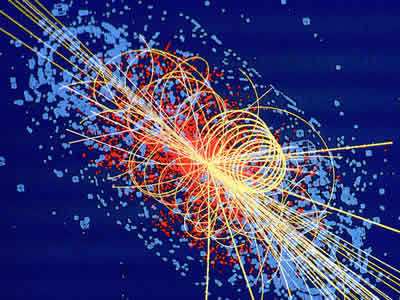 Particle physics owes much of its popularity to the 2012 discovery of the Higgs boson, a subatomic particle thought to be a fundamental building block of the universe. (Courtesy of CERN.)

Dozens of local high school students and their teachers will get to be scientists for a day, thanks to the International Masterclass on Particle Physics at Syracuse University.

Students have the option to participate in a daylong masterclass on Monday, March 13, or Friday, March 17, taking place in the Physics Building.

The masterclass will be led by members of the Department of Physics in the College of Arts and Sciences, in cooperation with the International Particle Physics Outreach Group (IPPOG). The event is coordinated with area school districts, and is not open to the public.

At each masterclass, participants will work with data from experiments involving CERN’s Large Hadron Collidor (LHC), the world’s biggest, most powerful particle accelerator, located near Geneva, Switzerland. (CERN stands for the European Organization for Nuclear Research.) Students also will participate in a video conference with members of CERN, attend presentations by Syracuse faculty members, and tour the Physics Building.

Syracuse is one of about 200 institutions in 52 countries participating in the masterclass, occurring at various locations between March 1 and April 11. This year is the fourth that the University has hosted. 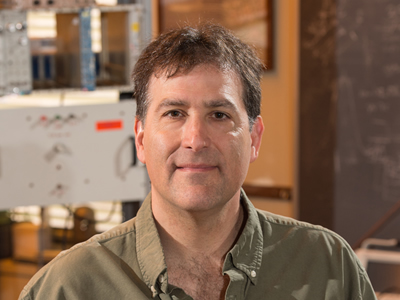 “Students get a taste of how modern physics research works by interacting directly with particle physicists and using real LHC data,” says Professor Steven Blusk, who is co-organizing the Syracuse event with Assistant Professor Matthew Rudolph. “Our goal is to make particle physics more accessible to the public.”

Both professors are part of Syracuse’s High-Energy Physics (HEP) research group, which studies fundamental particles that make up matter, as well as fundamental forces that act on particles.

One of science’s most important emerging fields, particle physics entered the national consciousness in 2012, with CERN’s discovery of the Higgs Boson (i.e., the “God particle”). Since then, thousands of scientists and engineers from around the world—including some 20 researchers from Syracuse—have kept CERN in the public eye with other major discoveries, providing a closer glimpse of the makeup of the universe.

“This is an opportunity for students to experience life at the forefront of basic research,” Blusk continues. “To simulate a real working environment, each masterclass ends with a video conference, in which our students interact with others [moderated by representatives from CERN] to combine and discuss their results.”

In addition to performing statistical analyses of large data sets, participants will look for evidence of subatomic particles, similar to protons, neutrons and electrons. “The ones we’ll be searching for, however, disintegrate within a ten-trillionth of a second,” Blusk says. 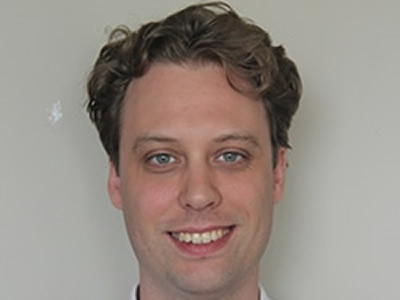 Each masterclass also includes discussions about quarks—exotic particles that make up protons and neutrons. Quarks are of special significance to Syracuse, as members of the HEP group recently have discovered a class of particles called pentaquarks.

“Our findings help explain not only how protons and neutrons are bound together, but also how matter is constituted,” Rudolph says. “These studies may change our understanding of cosmology [the study of the origin of the universe], shedding light on what happened after the Big Bang, nearly 14 billion years ago.”

The schedule for each masterclass is as follows:

International masterclasses are led by Syracuse and QuarkNet, in cooperation with IPPOG, an independent group of outreach representatives from countries involved in physics research at laboratories worldwide. QuarkNet is a long-term, research-based teacher professional development program, supported by the National Science Foundation and the U.S. Department of Energy.