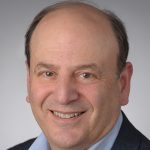 When a team of scientists confirmed Einstein’s theory about the existence of gravitational waves, including the important work of Syracuse University’s own physicists, there was little doubt that it would be the kind of discovery documented in scholarly textbooks. Now one of the researchers, a faculty member in the College of Arts and Sciences, has done just that. Peter Saulson, the Martin A. Pomerantz ’37 Professor of Physics, has produced a second edition of his textbook about the device that helped in wave detection: “Fundamentals of Interferometric Gravitational Wave Detectors.”

The textbook was originally published in 1994, but this edition includes the addition of an Epilogue, which, according to publisher World Scientific, “brings the treatment of technical details up to date, and provides references that would allow a student to become proficient with today’s designs.”

I don’t think that any of us realized how strongly it would capture the imagination of people around the world. That has been tremendously gratifying. — Peter Saulson

Saulson was part of a team from Syracuse University that also includes Duncan Brown, the Charles Brightman Endowed Professor of Physics; Stefan Ballmer, associate professor of physics; and a group of nearly two dozen students and research scientists.

“All of us who worked on LIGO were overjoyed when we detected our first signal, recording the collision of two black holes 1.3 billion light-years away,” says Saulson. “We always knew how cool it would be to make that first detection. But I don’t think that any of us realized how strongly it would capture the imagination of people around the world. That has been tremendously gratifying.”

More information about Saulson’s textbook can be found here.