The Origins of Healing

The early days of stem cell research were mired in controversy. The fact that the first isolated human stem cells were derived from human embryos in various stages of development introduced serious moral implications that cast a shadow over the groundbreaking discovery. 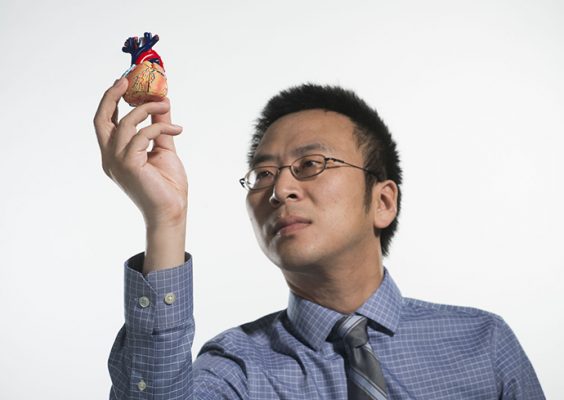 While there was little doubt about the promise of using stem cells to treat disease, many saw the cost as far too high. A debate raged around the world. Governments passed legislation. Funding was sparse at best.

Then, 10 years ago, Nobel Prize-winning researcher Shinya Yamanaka changed the entire equation by uncovering a way to reprogram adult cells into the cells that could previously only be obtained from embryos. Freed from the ethical battle that raged for years, these rewritable cells have delivered us to the precipice of major medical breakthroughs unlike the world has ever seen.

Induced pluripotent stem cells, as they are called, are cells that have the ability to morph into brain cells, liver cells, heart cells—indeed any cell in the human body.

Their “fate” is determined by using different biochemical tools, growth factors and molecules that regulate the signal pathways inside the cell. Cells, like humans, adapt to stimulus in their environment and it determines what kind of cell they will become.

It was this discovery that ignited Assistant Professor Zhen Ma’s passion for biomedical research and inspired him to establish his research career in developmental biology, tissue morphogenesis, cardiac tissue engineering, regenerative medicine, and stem cell engineering. Last fall, Ma joined the College of Engineering and Computer Science as the Samuel and Carol Nappi Research Scholar and lead researcher in the newly established System Tissue Engineering and Morphogenesis Lab. He says, “I see pluripotent stem cells as the future of medicine. The next big step for human biology is going to come through work in this field.”

Most people are familiar with stem cells’ ability to regenerate and repair tissue and organs. Ma’s research uses stem cells to study disease and to help design treatments that are tailored to patients’ specific genetic makeup.

Say a person has congenital heart disease, which is a genetic defect. An infant who grows into an adult with this defect, left untreated, will inevitably develop health issues related to their heart. Using stem cell technology, biomedical engineers can take skin cells from the patient, wipe the cells’ slate clean by turning them into induced pluripotent stem cells, then reprogram them to be heart cells. Since all of the cells are from the same patient, the new heart cells share the exact same genetic makeup—defect and all.

“By studying heart cells outside of the body, we can understand the specific mechanics of what is happening inside the person’s body and use the cells to screen drugs to uncover the best treatment for that patient’s disease. It’s personalized medicine,” explains Ma.

He sees great potential in taking this treatment one step further by incorporating genetic editing. Imagine the same scenario in which a patient’s heart cells carry a genetic defect. It may one day be possible to correct the defect in heart cells and put them back into the patient. People could be healed with their own repaired cells.

Making heart cells out of induced pluripotent stem cells to evaluate treatments or cut out defects is one thing, but what if stem cells could go beyond working with cells and tissue? Is it possible that stem cells could be used to build an entire organ? Could a person become his or her own organ donor?

The idea of growing “replacement parts” using stem cells may sound like science fiction today, but Ma doesn’t think it is out of the question, given the proper scientific advancements. The biggest limitation to generating organs, like a fully functional heart, is the strength of the cells. Stem cell researchers can create heart tissue that actually beats in a petri dish, but it’s not as strong as the tissue in your heart. In the future, biochemical solutions and possibly 3D bioprinting technologies could be used to solve this problem, but we’re just not there yet.

It has only been 10 years since Yamanaka’s discovery of induced pluripotent stem cells, so this is all relatively new territory, but the progress has already been explosive. Ma is eager to contribute to the impending leaps in this field.

“The advancements in stem cell engineering in the scientific community and in my lab are ushering in the era of precision medicine in human healthcare. The biggest breakthroughs are still on the horizon and we are in a unique position to contribute to them at Syracuse University,” he says.