Researchers in the College of Arts and Sciences have published new details about the evolution of the East African Rift (EAR) Valley, one of the world’s largest continental rift zones. 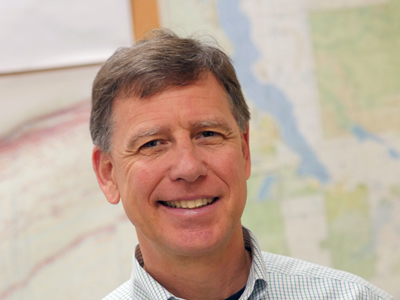 Christopher Scholz, professor of Earth sciences, and a team of students and research staff, have spent the past year processing and analyzing data acquired in 1995 and 2001 from Lake Malawi, the result of a multinational research effort sponsored by the National Science Foundation (NSF). By studying the interplay of sedimentation and tectonics, they have confirmed that rifting—the process by which the Earth’s tectonic plates move apart—has occurred slowly in the lake’s central basin over the past 1.3 million years.

The team’s findings are the subject of an article in the Journal of Structural Geology (Elsevier, 2016), which Scholz co-authored with lead author and Ph.D. candidate Tannis McCartney G’17.

Tectonic plates are huge slabs of crust and mantle that are constantly in motion, often crashing into, grinding against or falling beneath one another, causing earthquakes in the process. When this happens, the plates tear apart to form a lowland region known as a rift valley.

One of the world’s largest rift valleys is the EAR, approximately 3,700 miles long and 30-40 miles wide. The rift valley is so big that it is slowly splitting Africa in two. The larger Nubian tectonic plate encompasses most of the continent, whereas the smaller Somali plate carries the Horn of Africa.

“The EAR is considered the cradle of humanity,” Scholz says. “During its formation more than 25 million years ago, the region underwent considerable rifting, altering its rivers, lakes and climate, and setting the stage for the evolution of primates and humans.”

Within the EAR are two valley systems, one of which is the Western Rift. This system is home to a chain of enormous lakes and wetlands, including Lake Malawi. Bordered by Malawi, Tanzania and Mozambique, Lake Malawi has a surface area of more than 11,400 square miles, making it the ninth-largest freshwater body of water in the world. It also is Africa’s third-largest lake, and, at 2,300 feet, its second deepest.

Lake Malawi is known for its more than one thousand species of cichlid fish—diversification likely triggered by shifting environmental forces. Scholz recently made headlines when he confirmed that water levels in Lake Malawi have ebbed and flowed approximately two-dozen times, sometimes by as much as 600 feet, over the past million years. 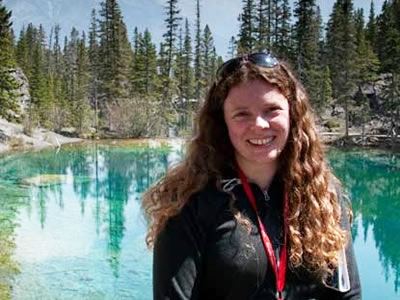 A rift is a fracture in the Earth’s surface that widens over time. “In East Africa, rifting has created a series of narrow, deep rift valleys that contains some of the world’s largest freshwater lakes,” Scholtz says. “Although these lakes stem from millions of years of tectonic stretching and thinning, Lake Malawi is relatively young. Deep-water conditions probably didn’t exist until 4 million years ago.”

Much of the team’s work has involved rift-forming faults that produce topographic depressions called half-grabens. When the Earth’s surface pulls apart, its crust and mantle extend—in the case of Lake Malawi, less than an inch per year—and creates a rift. A half-graben has a border fault along one side of its boundaries.

Perhaps the most salient point of the published study, McCartney says, is the lack of evidence of border fault migration. “Many previously published studies and models suggest otherwise,” she says. “It looks like the faults within the [Malawi] basin have been active for about 8 million years, but that they haven’t undergone any significant changes in length. It’s unusual to see such long-lived faults inside a basin because the border fault usually is the most active.”

In time, the original border fault in a half-graben ceases to be the most active fault. “This activity often is taken up by another fault in the basin,” McCartney adds. “This fault becomes the new border fault, so it appears as though the border fault has migrated into the basin.”

Scholz, McCartney and others recently returned to Lake Malawi to map geologic structures and record earthquakes. They used seismic air guns to generate soundwaves, which were recorded by pressure sensors located within a 5,000-foot-long cable, towed behind their converted research vessel. Data collected by the cable’s sensors were then compared to data collected by dozens of seismometers onshore and on the bottom of the lake.

The team returned to campus, armed with geophysical, geological and geochemical data. Little did they know how much of it was truly groundbreaking. McCartney, in fact, based her doctoral dissertation on it. “The data are helping us answer key questions about the origin and role of magma during early rifting, the formation and evolution of rift segmentation and its manifestation in the crust and upper mantle,” she says.

Scholz hopes the findings will provide a unified geologic framework for anyone exploring the EAR system, and will shed light on other continental rift systems—even ancient ones, such as rift basins along the eastern coast of North America. 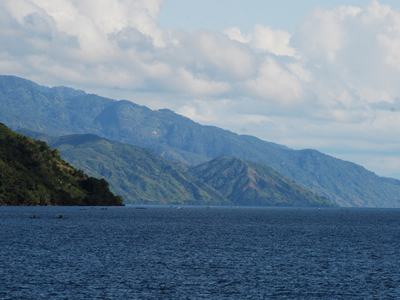 A view of the Malawi coast in Eastern Africa. (Photo by Christopher Scholz)

He adds that the Malawi government is interested in the rift’s potential for commercial quantities of oil and natural gas.

“The presence of working hydrocarbon systems in young rift-lake basins—those a few million years in age—has spurred extensive exploration interest in the Great Rift Valley,” Scholz says. “The scientific discoveries emerging from the NSF study are purely academic in nature, but governments in the region are using the findings to help identify energy resources for some of the world’s poorest people.”

Many researchers consider the EAR—and, by extension, Lake Malawi—one of the best-expressed examples of a continent in the early stages of break-up. “East Africa always has been a hotbed of evolution,” Scholz concludes. “Plate tectonics and climate variability have not only transformed its landscape, but also dictated our ancestors’ development and dispersal from Africa to the rest of the world. We’re witnessing evolution, in every respect of the word.”