As the technology has improved for unmanned aerial drones over the past several years, they have become more popular with, and accessible to, the general public. With this growth has come the need for regulation, both for operation of the small aircraft as well as for the privacy issues that they bring. 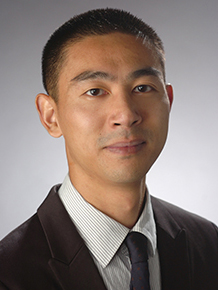 School of Information Studies (iSchool) assistant professor Yang Wang has been studying consumer perceptions of drones, and the expectations of the general public when it comes to privacy.

Wang will discuss his research at a workshop held by the Federal Trade Commission (FTC) in Washington, D.C., on Thursday, Oct. 13. The event will also include two panel discussions exploring whether drones raise unique privacy concerns and how to address those concerns.

“Right now there are no privacy regulations for drones,” explains Wang. “There are regulations focused on safety, but not on privacy. Academia, government and the drone industry are coming together looking for ways to address privacy issues around drones, but no one has a clear idea yet on how to do that.”

At the FTC workshop, Yang’s talk will provide an analysis based on research he published earlier this year in Proceedings on Privacy Enhancing Technologies.

“What I want to bring to the workshop is my analysis of the concerns that people have about the privacy aspects of drones and their use,” says Wang. “A lot of that centers around the capability of these drones to take high-quality photos and videos, for surveillance, for stalking people, etc.  There’s a fear that drones can record and publish without consent and control.”

While privacy from cameras and unwanted photography has always been an issue in society, Wang explains that with the use of drones, it is much more difficult to find out who is operating the technology and capturing the images.

“The general public has a much better understanding of technology like closed-circuit security cameras, or someone with a camera phone on the street, for example,” says Wang. “But with a drone, there’s a disconnect; you may have no idea that it’s even there, and if you do, it isn’t always obvious who is controlling it.”

This disconnect has fostered a degree of distrust between the drone operators and the public, Wang says. “Most of the privacy and regulatory mechanisms in place now are voluntary, and from the public’s perspective, they don’t think drone controllers will adopt any of these voluntary mechanisms.”

A full schedule and other details on the forum can be found on the workshop’s webpage. The workshop is free and open to the public and will be available via webcast.