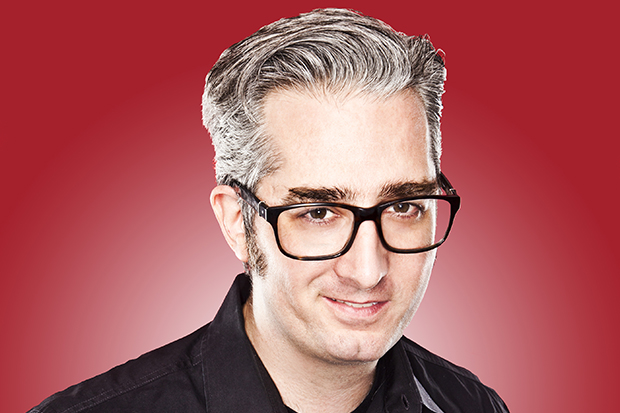 Bre Pettis, the best-known figure in the DIY/3D printing world, kicks off the 16th season of the University Lectures series on Tuesday, Oct. 4, at 7:30 p.m. in Hendricks Chapel.

Pettis’ appearance is co-sponsored by the Martin J. Whitman School of Management and School of Information Studies. The event is free and open to the public. American Sign Language (ASL) interpretation and Communication Access Realtime Translation (CART) will be available.

Pettis led MakerBot, a global leader in 3D printing technology, as CEO from its beginning in 2009. Now, as chief innovation officer of Bold Machines, he is pushing 3D printing in striking new directions, including the development of the first-ever feature film made with 3D-printed characters.

Pettis has a long history of making things and inspiring others to make things. Prior to co-founding MakerBot, he co-founded the Brooklyn hacker collective NYC Resistor, where MakerBot technology was first concocted, tested and proven. He was instrumental in building the first prototypes of MakerBot’s 3D printers and has become known worldwide as a leading evangelist for personal manufacturing.

In 2006, Pettis started the popular “Weekend Projects” video podcast for Make:Magazine, where he taught millions of viewers to make things, from pinhole cameras to bicycles to hovercrafts. He also introduced the blog at Etsy, the popular online handcrafts marketplace. Prior to both endeavors, Pettis was an art teacher in the Seattle Public Schools system.

Pettis is passionate about providing the tools for individuals and organizations to create the world around them. He has spoken publicly about empowering students to solve the problems of the future and worked behind the scenes to put professional-quality 3D printing technology into the hands of average consumers.

In 2012, the Tribeca Film Festival honored Pettis with its Disruptive Innovation Award, for “creating an entire ecosystem for desktop 3D printing,” and he and MakerBot were recipients of Fast Company’s Innovation by Design award. In 2013, Pettis won The Economist’s Innovation Award and was No. 60 on Foreign Policy’s list of Global Thinkers. He has also been named to TIME’s Tech 40: The Most Influential Minds in Tech.