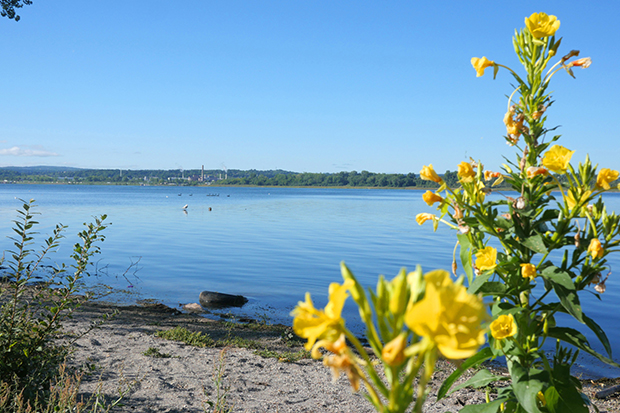 A team of researchers from Syracuse University, SUNY Upstate Medical University and SUNY College of Environmental Science and Forestry has received a $15,000 grant from the Hill Collaboration on Environmental Medicine to extend for a third year its research into the toxic potential of Onondaga Lakebed sediment. With this latest grant, the research team has received a total of $49,997 from the Hill Collaboration in support of this project.

Established in 2011, the Hill Collaboration on Environmental Medicine focuses on advancing research into cancer, diabetes and disorders of the nervous system and their relationship to the environment. The collaboration also includes researchers from the Central New York Research Corp., a nonprofit affiliate of the Syracuse Veterans Administration Medical Center. 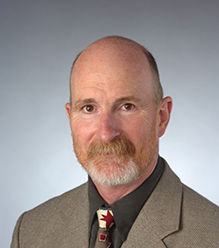 The project of this Hill research team is titled “Neurotoxicity of early life exposure to contaminants isolated from Onondaga Lake bed sediment.” Collaborators and co-principal investigators for the project are James Hewett and Katharine Lewis, associate professors of biology in the College of Arts and Sciences at Syracuse University; John Hassett, professor of chemistry at SUNY College of Environmental Science and Forestry; and Frank Middleton, associate professor of neuroscience at SUNY Upstate Medical University.

Onondaga Lake, located adjacent to the city of Syracuse, is an important historical and sacred site of the Iroquois Confederacy, but it has suffered from human activities on it shores and within its surrounding drainage basin. Industrial waste discharge by nearby chemical manufacturing companies during the city’s industrial heyday played a considerable role in the lake’s decline. The severity of the pollution earned the lake a reputation as the most polluted lake in the United States. In 1994, the site was added to the Federal Superfund National Priorities List and to the New York State Registry of Inactive Hazardous Waste Disposal Sites, leading to cleanup efforts to improve water quality and restore the natural beauty of the lake. 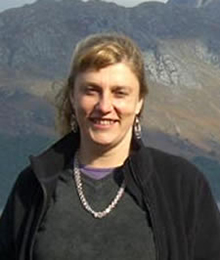 The researchers on this project are working to determine the toxic potential of industrial waste products found in the heavily polluted lakebed sediment. Two pollutants possess structural similarities to the pesticide commonly known as DDT, which has been linked to reproductive and developmental toxicity, particularly to the nervous system. By conducting tests on zebrafish embryos and pregnant mice, the researchers are working to determine whether the lake sediment contaminants have similar toxic effects, including potential to cause defects during development and/or to affect sensitivity to seizures.

Preliminary findings suggest that exposure to either of these contaminants is lethal for zebrafish embryos at concentrations much lower than that for DDT. In addition, exposure to these chemicals also appears to cause detrimental changes in the nervous system of zebrafish and may even cause a predisposition for seizures in adult mice long after their exposure. This has implications for epilepsy in humans.

“Epilepsy is a brain disorder that is characterized by a persistent susceptibility to spontaneous seizure events,” says Hewett. “It affects about one in 100 individuals worldwide, and in most cases, its cause is not known. However, a number of risk factors have been suggested. Our results add compelling evidence to support the notion that exposure to environmental pollutants during early development may be an important risk factor.”

Adds Lewis, “The results from our studies are very disturbing. Our experiments suggest that both of these compounds are highly toxic to young zebrafish embryos and potentially to other animals, at concentrations 500 to 1,000 times lower than DDT. In addition, exposure to either of these chemicals as embryos makes zebrafish larvae more prone to seizures. However, as these chemicals have never been studied before, they are not on any lists of known hazards, and their concentrations are not currently being monitored in Onondaga Lake or elsewhere.”

The project also has engaged a number of Syracuse University biology undergraduate student researchers. Two of them—Alicia Warnecke and Kelsey Schuch, both of whom graduated last spring—presented their research at the annual meeting of the American Society for Neurochemistry last March. Another student researcher, Jose Marrero-Rosado ’17, was awarded a highly competitive Greater Research Opportunities Undergraduate Fellowship grant of $50,000 from the EPA to support his work on the project. He also presented his research at the HENAAC, Great Minds in Science Conference in Pasadena, California, last October; the Louis Stokes Alliance for Minority Participation National Conference at National Harbor, Maryland, in March; and the Atlantic Coast Meeting of the Minds Conference at Syracuse University in April.