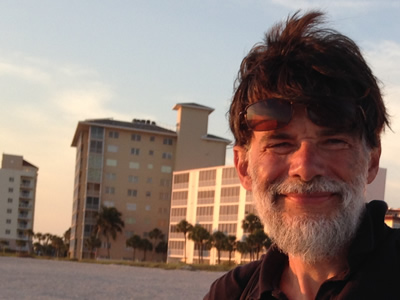 A physicist in the College of Arts and Sciences has received a major grant award, supporting his work in experimental astrophysics and surface science.

The National Science Foundation has awarded Professor Gianfranco Vidali a three-year, $736,600 grant to study how molecules behave in the densest region of interstellar space—matter in the space between star systems. Highly interdisciplinary, the project will combine proven techniques with new experimental and theoretical methods, producing data that can be analyzed and shared with astronomers to help them better understand their observations.

“Interstellar space is not empty, but contains hydrogen and other gases, as well as sub-micron-sized dust grains known as ‘stardust,’” Vidali says. “These dust grains are covered with layers of ice, composed mostly of water, not to mention simple atoms and molecules. The diffusion of atoms and molecules [within ices] can cause reactions that produce more complex molecules, some of which are the building blocks of life. We’ll study how these molecules stick, diffuse and depart ices under harsh conditions of low temperatures, comparable to those in interstellar space.”

Atoms are the basic units of matter, made up of particles (i.e., protons, neutrons and electrons). Molecules are two or more atoms stuck together.

Vidali’s research team—including postdoctoral fellow Jiao He G’14, Ph.D. student S.M. Emtiaz and several undergraduates—plans to simulate various interstellar medium (ISM) environments at Syracuse. This will enable them to collect and analyze data about the behavior of atoms and molecules in an ultra-high vacuum environment and at 10 degrees above Absolute Zero. They also will mimic the effects of ultraviolet radiation in space, necessary for triggering ISM chemical reactions and causing substances to fluoresce in visible light. 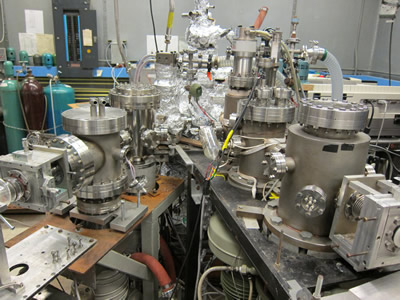 “The study of interstellar medium environments will help us better understand the formation of low- and high-mass young stellar objects,” says Vidali, adding that much of his work utilizes radio-frequency sources to make atomic beams. “It’s highly interdisciplinary research that is at the forefront of astrophysics, planetary science, atmospheric physics and surface physics.”

Director of the University’s Astrophysics and Surface Science Research Laboratory, Vidali is interested in the fundamental aspects of physics and chemistry that occur at a wide range of surfaces and interfaces—in particular, interstellar space and planetary environments. His lab made international headlines in the late 1990s with its pioneering study of the formation of molecular hydrogen on low-temperature surfaces. More recently, his research into the binding energy of atomic oxygen on dust-grain surfaces was highlighted in Science News magazine (Society for Science & the Public, 2015).

Vidali also is affiliated with the Forensic and National Security Sciences Institute in A&S. A Syracuse faculty member since 1990, he has held other appointments at Princeton, Caltech, Cergy-Pontoise University (France), Pierre and Marie Curie University (France), and the NASA Astrobiology Institute at the University of Hawaii. Vidali is a fellow of the American Physical Society, and earned a Ph.D. from Penn State.