On December 26, 2015, the Laser Interferometer Gravitational-Wave Observatory (LIGO) detected gravitational waves from a second pair of colliding black holes. The news comes on the heels of LIGO’s first historic detection, which was made last fall and announced in February. Both detections confirm a major prediction of Albert Einstein’s 1915 general theory of relativity.

“This new detection proves that the first discovery wasn’t just luck,” says Stefan Ballmer, associate professor of physics at Syracuse University and a leading commissioner at the LIGO Hanford Observatory in Washington during the project’s recent upgrade. “By 2018, we could be seeing hundreds of black hole mergers a year.”

Physicists in the College of Arts and Sciences have been integral to LIGO’s success, since the first days of the project.

The University is home to one of the largest, most diverse research groups in the LIGO Scientific Collaboration, an international team of scientists who observes gravitational waves. The Syracuse University Gravitational-Wave Group includes faculty, research scientists and graduate and undergraduate students. 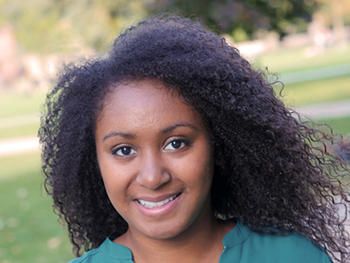 Amber Lenon ’16, who earned a bachelor’s degree in May, was one of the undergraduates whose research confirmed that the signal from the black holes was, indeed, real. “The waves were not as loud as those from the first detection, so we needed supercomputers and careful analysis of LIGO data to find the signal in the noise,” says Lenon, who is pursuing a Ph.D. in physics at West Virginia University.

“The more black holes [that] LIGO sees, the more we learn,” says Laura Nuttall, a Syracuse research scientist who played a leading role in the writing of the publication that reported LIGO’s latest discovery. “This is truly the beginning of a new kind of astronomy.”

Duncan Brown, the Charles Brightman Professor of Physics and an expert in gravitational-wave astrophysics, says black holes are formed when massive stars explode in supernovae. “These explosions created the chemical elements that form the building blocks of life on our planet,” he says. “The black holes we observed last September and December can help us understand how stars explode and how the universe came to look like it does.” 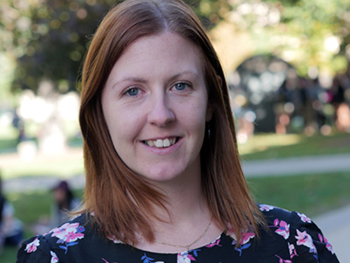 Peter Saulson, the Martin A. Pomerantz ’37 Professor of Physics and co-founder of the LIGO Scientific Collaboration, says gravitational waves carry information about the nature of gravity that cannot be obtained any other way. “We saw the black holes orbiting each other about 30 times before they merged,” he says. “This allowed us to measure their masses more accurately than our first detection, where we caught only the last few orbits.”

LIGO has twin observatories in Richland, Wash. (known as LIGO Hanford), and Livingston, La. Using a technique called interferometry, the observatories detect ripples in the fabric of space and time that are produced, as two black holes merge to form a single, more massive black hole.

The LIGO Observatories, the Syracuse University Gravitational-Wave Group and the Open Science Grid are funded by the National Science Foundation. The LIGO Scientific Collaboration, whose members are based at more than 90 universities and research institutes in 15 countries, performs LIGO’s research and discoveries.