Members of the High Energy Theory Group in the College of Arts and Sciences have been awarded a three-year, $1.1 million grant from the U.S. Department of Energy (DOE) to support their work in theoretical particle physics and cosmology.

Most of the funding will be used to explore new theories of physics found “Beyond the Standard Model” (BSM), involving the study of unexplained phenomena in the subatomic world and dark recesses of the universe. 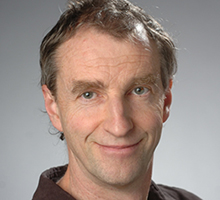 “Our work meshes with the current stated goals of the DOE’s High Energy Physics program, which seeks to understand how the universe works at its most fundamental level,” says Simon Catterall, professor and associate chair of physics. “We’re looking for the most elementary constituents of matter and energy, probing the interactions between them and exploring the nature of space and time itself.”

Catterall adds that such work is contingent on theoretical and experimental research in elementary particle physics and cosmology, as well as fundamental accelerator science and technology.

Based in the Department of Physics, the High Energy Theory Group studies a diverse set of topics in particle physics, gravitational physics and cosmology. In addition to Catterall, the group’s senior investigators are professors Jack Laiho, Jay Hubisz and Scott Watson, all of whom are accomplished theoretical particle physicists. 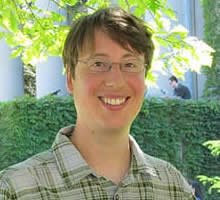 Catterall and Laiho reside primarily in the subfield of lattice gauge theory, investigating the behavior of strongly interacting quantum field theories and its implications for BSM physics. In addition to pencil and paper calculations, their research utilizes numerical ones on some of the world’s largest supercomputers.

“We’re interested in the basic mathematical language used to describe and analyze the physics of elementary particles,” Catterall says. “Some of our work draws on string theory and quantum gravity via the AdS/CFT [Anti-de Sitter/Conformal Field Theory] correspondence, which suggests a connection between gravitational systems and the forces that act between elementary particles.”

In addition to early Universe cosmology, Hubisz and Watson research dark matter and dark energy—areas thought to be responsible for the acceleration of the expansion of the universe. They also are devising, along with Laiho, new approaches to quantum gravity. 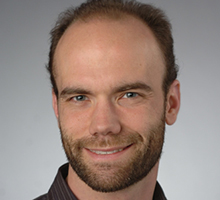 The DOE grant award supports multiple graduate students and one postdoctoral associate, as well as provides summer salaries and travel support for the senior investigators.

Catterall hopes that, with the DOE’s support, scientists will better understand the models needed to construct theories of BSM physics.

“One of our primary goals is to construct explicit models of dark matter and electroweak symmetry breaking,” he adds. “We’re also looking for evidence of BSM physics—something that can done by comparing precision experiments with precise theoretical predictions. Many of these predictions require large-scale numerical simulations.”

The DOE’s funding comes at a critical time in cosmology and particle physics, given last fall’s detection of gravitational waves and the 2012 discovery of the Higgs boson—arguably the most elusive and fundamental particle in existence.

“The Higgs was the final ingredient of the Standard Model, which is a kind of periodic table of the elements for particle physics,” Catterall says. “Gravitational waves, on the other hand, open up a whole new window into the universe by offering us a way to study regimes where gravity is strong, such as black holes and neutron stars.” 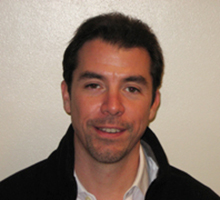 While technology enables researchers to measure the geometry, composition and age of the universe with pinpoint accuracy, many unanswered questions remain. Some of them concern the makeup of dark matter and dark energy. Others involve galaxies and other large-scale structures, as they relate to the Big Bang theory, which posits that, 12-14 billion years ago, the visible universe was only a few millimeters across.

“Addressing these questions requires a synergistic approach, working across the fields of particle theory and cosmology,” Catterall says. “Using some of the world’s largest supercomputers, we hope to glimpse the fundamental nature of matter and the forces governing our universe.”