Professor Bamin Khomami, Granger and Beaman Distinguished University Professor at the University of Tennessee, will give a Biomedical and Chemical Engineering Distinguished Lecture on Friday, April 29, at 1 p.m. in 105 Life Science Building. The topic is “From Single Molecule Dynamics to Shear Banding: Journey Toward a Knowledg-Based Design and Manufacture of Polymer-Based Products.” 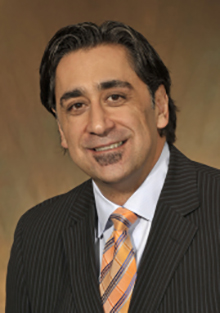 In this presentation, Khomami will briefly review the progress made in fundamental understanding of non-equilibrium dynamics of polymeric melts as well as the remaining challenges in development of a unified approach for predicting dynamics of this class of fluids in processing flows. He will discuss: (1) The ability of the state-of-the theories to capture the dynamics of polymeric melts under flow, and (2) Our atomistic and mesoscopic simulations of flow of entangled polymeric fluids that for the first time elucidate the intricate connection between single chain dynamics and the macroscopic response of the fluid including the intriguing phenomenon of shear banding.