The president-elect of the National Academy of Sciences will address the growing problem of climate change at a special event co-hosted by the Women in Science and Engineering (WiSE) program and the Department of Earth Sciences in the College of Arts and Sciences. 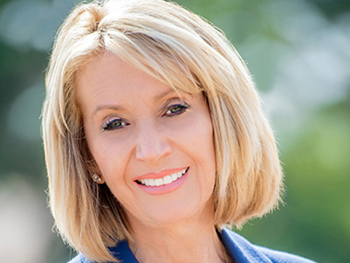 Marcia McNutt, a world-renowned geophysicist who is editor-in-chief of the nation’s most prominent scientific journal, Science (published by the American Association for the Advancement of Science), will deliver the annual Geoffrey O. Seltzer Lecture & Norma Slepecky Lecture on Friday, April 15, at 1 p.m. in the Life Sciences Complex auditorium (Room 001).

Titled “Climate Intervention: Promise and Peril,” the lecture will be accompanied by the Norma Slepecky Research Prize Award Ceremony, recognizing the research and creative accomplishments of students in the sciences, mathematics, engineering and related disciplines.

The event is co-sponsored by the Department of Earth Sciences; WiSE, with special assistance from Shobha Bhatia, program co-director and the Laura J. and L. Douglas Meredith Professor for Teaching Excellence in the College of Engineering & Computer Science; the Norma Slepecky Endowment and the Geoffrey O. Seltzer Lectures Fund.

Professor Cathryn Newton, host of McNutt’s visit, underscores this historic opportunity for members of the University community to hear a leading expert speak on an issue of historic and global significance: “Marcia McNutt has a sterling record as a prominent scientist with a lifelong interest in questions critical to society. This is a remarkable chance to hear her perspectives on this crucial issue, with the power to shape and reshape our world.” 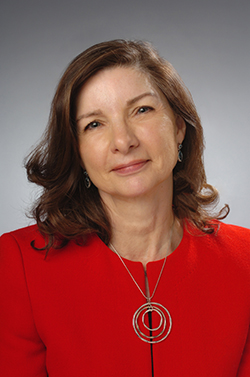 Newton, who also serves as the University’s only professor of interdisciplinary sciences and a Provost’s Faculty Fellow, notes the aptness of the timing of McNutt’s visit. The lecture comes only days before the United Nations’ April 22nd initiation of the signing ceremony of the Paris Agreement, which 120 nations are expected to support.

Pundits are hopeful that the Paris Agreement will increase the chances of nations rising to the challenge of mitigating greenhouse gas emissions. Some scientists question, however, whether or not emissions may be curbed quickly enough to prevent unacceptable consequences from climate change, beyond what humankind and the ecosystems can tolerate. Hence, the growing interest in climate interventions, such as carbon dioxide removal and albedo modification (i.e., spraying aerosols into the stratosphere to cool the planet).

“Marcia McNutt’s strong research profile and influence across the sciences makes her a tremendous role model for the young women in STEM fields being celebrated by the Slepecky Award,” says Linda Ivany, professor of Earth sciences and organizer of the Slepecky lecture and prize program. “The subject she has chosen to take on for her lecture is far-reaching, and goes to the core of the values embodied by Geoff Seltzer’s career.”

McNutt has achieved impressive success in a male-dominated profession. In addition to being Science’s first female editor-in-chief, she becomes the first woman to lead the academy, effective July 1.

The academy is a private, nongovernmental institution, composed of a highly selective, elected society of scholars that advises the nation on issues pertaining to science and technology.

An expert in marine geophysics, McNutt uses a variety of remote sensing techniques from ships and space to probe the dynamics of the mantle and overlying plates far from tectonic plate boundaries. McNutt also is the author or co-author of more than 100 peer-reviewed articles, and has made important contributions to the study of the rheology and strength of the lithosphere.

In addition to chairing two committees at the academy on climate interventions, McNutt has held various faculty positions at MIT and Stanford University; served as president and CEO of the Monterey Bay Aquarium Research Institute, where she established an underwater autonomous vehicle center and the first deep-sea cabled observatory; and directed the U.S. Geological Survey, where she led the response to the BP Deepwater Horizon oil spill. 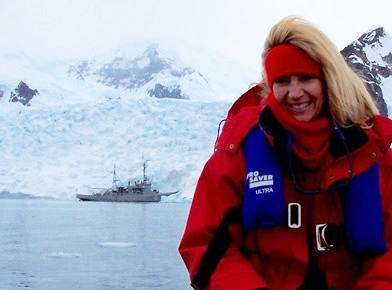 “This is someone of great courage and intellect,” Newton says of McNutt.

Newton applauds McNutt for using her voice as an editor to challenge gender bias in letters of reference and discrimination in peer reviews. “This is someone of great courage and intellect,” says Newton, adding that McNutt also is committed to mentoring young scientists. “The same courage and derring-do that took her into the ocean and took her to intervene in the BP disaster has led her to take stands on gender discrimination and to weigh in on policies of science.”

The Norma Slepecky Research Prize is awarded each year by members of the WiSE community. Slepecky was a distinguished ECS scholar and mentor in the sensory sciences who died in 2001.

The Geoffrey O. Seltzer Lecture annually brings eminent speakers to campus. The series celebrates the life and career of Seltzer, a brilliant Quaternary scientist who died in 2004.