The Carnegie-Whitney Grant provides annual awards to scholars for the preparation, either in print or electronic form, of popular or scholarly reading lists, webliographies, indexes and other guides to library resources that will be useful to users of all types of libraries in the United States. 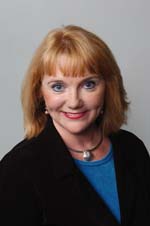 Arnone’s project will create a searchable paired booklist on environmental topics that can be used by school and public librarians, as well as higher education faculty teaching future librarians, as a resource to promote reading and content interest in the environment.

“The online tool will be appropriate to use for children from early childhood through young adult,” explains Arnone, “and each annotated pair will consist of a literary or fiction book and an informational text that are complementary.”

In addition, each topic record will include an example of an active learning strategy that could be applied in an educational context.

“Our project addresses needs relating to the Common Core demands for students to read increasing amounts of informational texts across grade levels and the need to increase children’s knowledge of and engagement with their environment,” says Arnone. “This has been a growing problem, according to numerous research studies and environmental educators.”

Arnone worked with Elizabeth Griffin, a first-year graduate student in the iSchool’s master of library and information science program on the grant proposal. Griffin is an Expect More Scholar at the iSchool, participating in a program that pairs LIS students with a specific faculty mentor, who is carefully matched to the student’s career field of interest.

“Part of why I decided to apply for the Carnegie-Whitney grant was because I wanted to have a project that would be a great learning experience for my Expect More Scholar,” says Arnone. “I told her about my idea for a proposal to see if it was something she would be interested in, and she was very excited about its potential.

“When you mentor an Expect More Scholar, you need to craft experiences that prepare them to be leaders in the library field,” explains Arnone, “and this project will result in Elizabeth co-authoring two articles with me and co-presenting on the tool we’re building.”

The experience of working on a grant proposal was new to Griffin, and she enjoyed the opportunity to collaborate with Arnone. 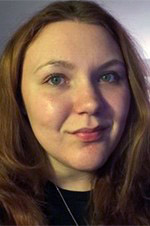 “It was fascinating watching it all come together,” Griffin says. “From this experience, I’ve learned just how much goes into grant writing and how working with others truly can make all the difference. Grants are incredibly important to librarianship, especially in schools with limited resources where they have the potential to bridge the gap and help ensure that libraries are places of learning accessible to all.”

Following the completion of her degree next year, Griffin will be a certified school media specialist, and hopes to work in a public high school.

“I want to work with students to help them achieve their goals and equip them with the tools they will need to do so,” says Griffin. “I hope to help foster a love of technology and literacy in the school I end up in, and work with faculty, staff and students to ensure that the library is a safe place for everyone to pursue their interests.”

As part of the Expect More Scholars program, Griffin found the experience of working closely with Arnone to craft the grant proposal to be something she won’t soon forget.

“[Arnone] is someone I respect immensely, and from the moment we met she has treated me like a colleague and not as a student,” says Griffin. “Having these interactions with her and being able to learn from her has shaped my idea of what a librarian should be like, and I am deeply appreciative of everything she has taught me, and am excited to learn even more.”

In addition to the proposal submitted by Arnone and Griffin, eight other projects were approved for Carnegie-Whitney funding this year by the ALA. The full list is available on the ALA website.