More than 100 undergraduate women in physics—some from as far away as the University of Maine and Rutgers University—recently converged on campus to discuss their changing role in the field.

In January, Syracuse University was one of nine institutions to simultaneously participate in the Conference for Undergraduate Women in Physics (CUWiP). Presented by the American Physical Society (APS), the three-day event was co-sponsored by the National Science Foundation and Department of Energy, and involved talks, panel discussions, lab tours and student research presentations. 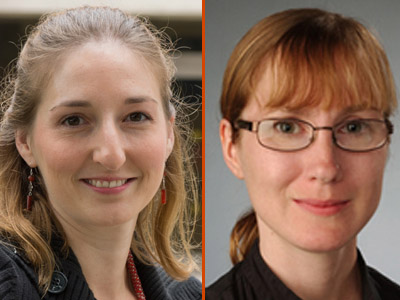 Co-organizer Jennifer Schwarz says the theme of Syracuse’s conference was intersectionality. Titled “Allies Across Difference,” it examined how gender, race, disability and sexual orientation “intertwine and intersect with one another in scientific and sociological settings.”

“For many attendees, it was their first professional conference, so they were able to present their research, tour our facilities and learn about cutting-edge research from other students and faculty members,” says Schwarz, an assistant professor of physics in the College of Arts and Sciences. “At the same time, they got to find out about various graduate school and entry-level job opportunities. It was like a college and job fair rolled into one, with workshops and panel discussions.”

Schwarz, who co-organized the event with Associate Professor Lisa Manning, says there were numerous highlights, including a panel discussion with K. Renee Horton, the lead metallics and weld engineer for NASA’s space launch system at the Michould Assembly Facility in New Orleans. Also one of the plenary speakers, Horton recalled how she had a hearing impairment that went undiagnosed until she was 17. In fact, her situation was so onerous that she dropped out of college. Only after starting a family did Horton resume her studies, eventually becoming the first African American to earn a Ph.D. in materials science from the University of Alabama.

“Renee discussed, in detail, how she dealt with her hearing impairment while pursuing her Ph.D.,” Schwarz says. “In particular, she had difficulty learning from lecture transcripts, since they weren’t always complete transcripts, and there were negative perceptions of her using a headset in class to hear.” 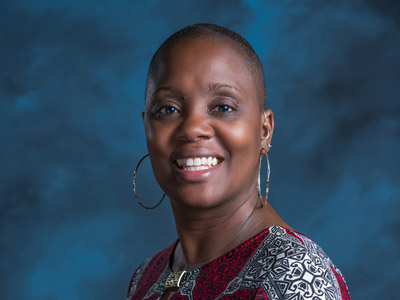 The discussion was rounded out by comments from Brianna Blaser, a counselor/coordinator at the DO-IT Center at the University of Washington, who discussed how to increase the participation of people with disabilities in the computing fields; Elena Long, a postdoctoral research associate in physics at the University of New Hampshire, who talked about the challenges of “coming out” and the public perceptions of gay and transgender people; and moderator Angela Johnson, professor of educational studies and co-director of teacher education at St. Mary’s College of Maryland, who addressed issues of diversity, equity and multicultural education, including attracting and retaining women of color in the sciences.

Schwarz says Horton’s plenary remarks were equally moving—an “empowering speech” about how she overcame stigmas associated with race, gender, a hearing disability and young motherhood to achieve her dream of working for NASA.

Kathleen Kelly G’15, the event’s head local organizer, agrees with Schwarz. “Renee Horton was fielding questions back at her hotel until one in the morning,” says Kelly, a graduate research assistant at Syracuse.” It goes without saying that everyone was moved by her story.”

The weekend featured eight other workshops, whose topics ranged from applying to graduate school, to network building, to writing about research. Common to all of them was what Schwarz described as a “steady stream of questions” from attendees that “broke down into smaller groups for more in-depth discussion.” 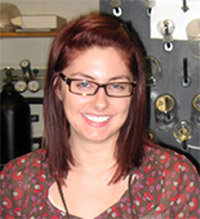 For Kelly, one of the more poignant moments occurred near the end of the conference, when everyone pledged to keep in touch. “There was a question at one of the workshops that turned into a discussion about how all of the participants, panelists and speakers could keep the conversation going, even after they returned to their home institutions,” she adds. “That’s when I realized the conference was a success.”

Yudaisy Salomón Sargentón, an administrative assistant in Syracuse’s physics department, says CUWiP was rewarding for organizers and attendees alike. “It’s fulfilling to be part of a project that encourages, supports and advocates for women to be themselves and to thrive in an environment where they’re the minority,” she says, alluding to science’s “white-man-in-lab-coat” stereotype.

That’s a stereotype that ebbs and flows, Schwarz explains. According to APS, the number of women earning bachelor’s degrees in physics peaked about 10 years ago, while the number of women pursuing Ph.D. and postdoctoral opportunities in the field has climbed steadily in the past four decades. “Women account for approximately 23 percent of all enrolled physics students,” Schwarz says. “Initiatives such as CUWiP help attract and retain more of us in the field.”

Attendees were also treated to presentations about cutting-edge research. For instance, M. Cristina Marchetti, the William R. Kenan Professor of Physics at Syracuse and a member of the prestigious American Academy of Arts and Sciences, talked about up-to-the-minute developments in soft matter—specifically, how she uses theory and computation to better understand the behavior of swarms of active matter, from cells and bacteria to flocks of birds.

“We wanted participants to soak up as much information as possible,” says Schwarz, whose own work focuses on the mechanics of cell biology. 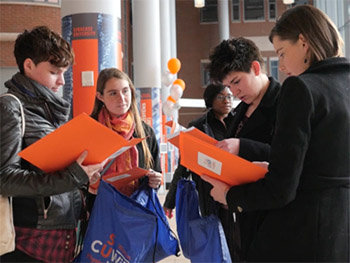 Other highlights included a keynote address by Ginger Kerrick, NASA’s first female Hispanic flight director, who spoke via satellite from the University of Texas at San Antonio (UTSA), and a plenary address by Rhonda Peters James, an Intel executive who stressed the importance of personal branding and networking.

Amber Lenon ’16, a research assistant in Syracuse’s physics department, found the speakers particularly helpful. “I learned that it’s 100 percent okay to be different, to be confident in the choices that you make, to have a good group of mentors,” she says. “I also learned that it’s okay to occasionally struggle.”

For Kimberlyn Bailey, an undergraduate at both Le Moyne and SUNY Oswego, the weekend provided fresh insight into the impostor syndrome, a recently coined phrase referring to high-achieving people, mostly women, who are afraid of being “found out” or exposed as a fraud. “I learned how pervasive and unfair this syndrome is—the feeling that everything you’ve earned is a fluke, rather than an indication of your talents and merits,” Bailey says. “Having heard from powerful, inspiring women who have overcome impostor syndrome, I’m in a better position to overcome it myself.”

The conference culminated with a college and job fair, featuring representatives from more than a dozen organizations, including IBM, Corning, Cryomech, Cornell and Penn State. Afterward, there was a panel discussion whose participants reflected the breadth and depth of physics scholarship: LaToya Crayton ’06, a medical physicist at a USMD cancer treatment center in Dallas; Wanda Padula, a physics teacher at Liverpool High School in New York; Linda Barton, an associate professor of physics at the Rochester Institute of Technology; and James. 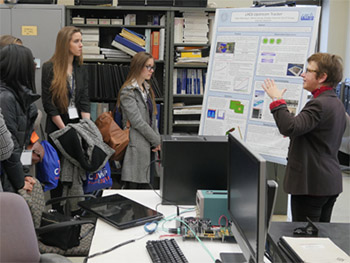 The College of Engineering and Computer Science is honored to announce its inaugural Patrick P. Lee Scholars. The Lee Foundation’s largest scholarship program supports students at institutions of higher learning who are pursuing careers in engineering and other technical fields….