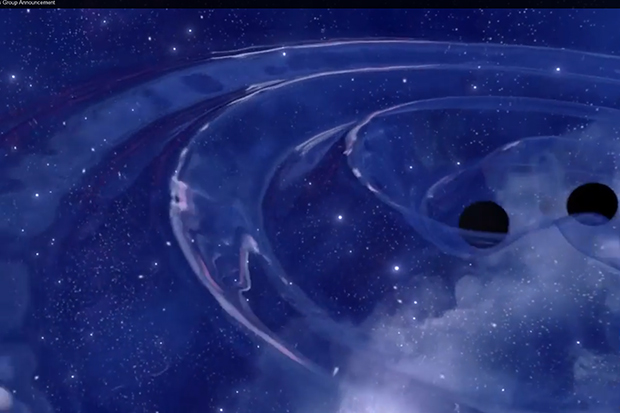 In this model, two black holes orbit each other, generating gravitational waves.

Scientists in the Department of Physics in Syracuse University’s College of Arts and Sciences have been instrumental in the discovery of gravitational waves, confirming a major prediction of Albert Einstein’s 1915 general theory of relativity. They include Peter Saulson, the Martin A. Pomerantz ’37 Professor of Physics; Duncan Brown, the Charles Brightman Endowed Professor of Physics; Stefan Ballmer, assistant professor of physics; and a group of nearly two dozen students and research scientists.

This video details the discovery and Syracuse’s part in it.