A professor in the College of Arts and Sciences is joining the growing debate over the fate of the world’s largest ice sheet, whose sudden melting is sending shockwaves throughout the geophysics community. 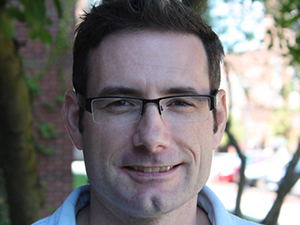 Robert Moucha, assistant professor of Earth sciences, is the co-author of a recent paper in Geology (Geological Society of America, 2015), examining the impact of the deep Earth on ice-sheet stability. Particular emphasis is on the retreat, or melting, of the East Antarctic Ice Sheet, one of two massive ice sheets in the South Pole and the largest in the world.

Moucha and his colleagues contend that by studying other periods of global warming—namely, the Mid-Pliocene Warm Period (MPWP), which occurred approximately 3 million years ago, scientists can better understand the potential impact of today’s warming trend.

“While data analysis and ice-sheet modeling indicate that the West Antarctic Ice Sheet melted during the MPWP, concern over the much larger East Antarctic Ice Sheet continues,” Moucha says. “The stability of a grounded, marine-based ice sheet depends on the elevation of the bedrock on which it rests.”

Moucha and Harvard Ph.D. candidate Jacquelyn Austermann simulated the 3 million-year evolution of convective mantle flow (a process by which the solid Earth cools, causing movement and deformation of its surface), to reconstruct Antarctic bedrock elevation during the mid-Pliocene. The real test, Moucha recalls, was linking their results with mid-Pliocene climate conditions and ice-sheet modeling done by co-authors David Pollard and Robert DeConto at Penn State and the University of Massachusetts Amherst, respectively.

“We found that regions with sub-glacial topography, such as the Wilkes Basin in East Antarctica, were at a lower elevation during the mid-Pliocene,” Moucha says. “This had a profound effect on the retreat of the modeled ice-sheet grounding line [the point at which glaciers begin to float, instead of resting on bedrock], raising the global sea-level by a few more meters than would happen in a scenario involving present-day bedrock elevation.” 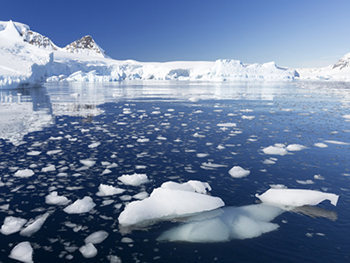 Robert Moucha and his colleagues contend by studying other periods of global warming, scientists can better understand the potential impact of today’s warming trend.

Given the urgency of this kind of work, he anticipates more interdisciplinary collaborations between tectonicists and climatologists: “It’s the tip of the proverbial iceberg, and exemplifies how different disciplines in the Earth sciences can come together to unravel the geological record, while providing a glimpse into the future.”

The paper includes authors from Columbia and the universities of Chicago and Quebec.