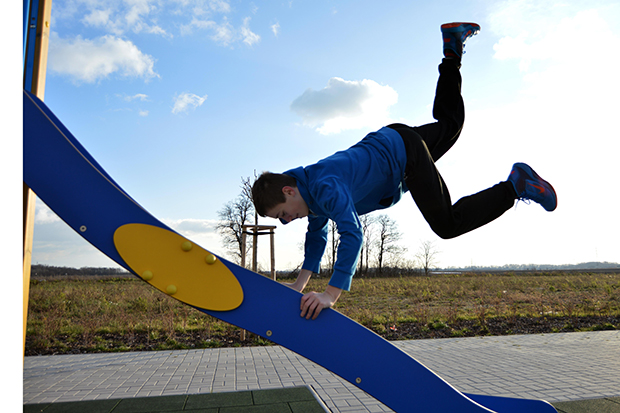 The International Study of Childhood Obesity, Lifestyle and the Environment found a direct correlation between level of activity and childhood obesity.

Tiago Barreira, assistant professor in the School of Education’s department of exercise science, is part of a team of researchers who collaborated on The International Study of Childhood Obesity, Lifestyle, and the Environment (ISCOLE). The study, which took five years to complete, collected data from over 7,000 children (ages 9 to 11 years of age), from 12 different countries.

Professor Barreira says what makes this study significant is that all 12 countries used the same methodology to collect data, thus producing more accurate results. The primary aim of ISCOLE was to determine the relationships between lifestyle behaviors and obesity in a multi-national study of children, and to investigate the influence of higher-order characteristics such as behavioral settings and the physical, social and policy environments, on the relationships observed within and between countries.

Researchers collected data from several sources. Movement was measured by attaching an accelerometer to each child’s hip. This device, similar to a pedometer or activity tracker, allowed the researchers to track each child’s physical activity, sedentary time and sleep level. Obesity was measured using a bioelectrical impedance scale that measured body fat and weight. Additionally, each child filled out a questionnaire on nutrition and physical activity habits along with parents and school principals, who also filled out surveys on physical activity, nutrition and the environment around their homes and the school. Researchers looked at the school environment (the amount, quality and accessibility of equipment encouraging physical activity at each school) and what types of food were offered in the cafeteria and in vending machines.

Factors reviewed in the findings included activity levels, sleep patterns, television viewing time and diet. After collecting and analyzing the data, the study found a direct linear relationship between moderate to vigorous activity and childhood obesity. In other words, the children who were more active were less likely to be obese, and vice versa.

Additionally, while the focus of this study was to look at the correlation between exercise and obesity, other interactions emerged. A paradoxical relationship appeared between gender and childhood obesity. According to Barreira, while this study showed boys having a higher level of activity, it ironically showed the boys to be more obese than the girls. It is still unknown why this is the case, but he says that this may be due, in part, to differences in diet and/or physiology between boys and girls.

Along with the major relationships, several subsequent correlations emerged and findings were published in a special issue of the International Journal of Obesity Supplements (December 2015). This issue was devoted to the ISCOLE global study, along with 17 articles. Each of article, a sub-set of the global study, included such topics as the reliability of the accelerometer, associations between body mass index and body fat, birth weight, active transportation (the way the child traveled to and from school), lifestyle and dietary patterns (i.e., home and school food environments and the frequency of eating breakfast) and childhood obesity, along with sleep patterns and childhood obesity.

Each of the articles included a number of methodological approaches, which, Barreira says will be helpful for other researchers applying similar methods in their research. Professor Barreira also notes that the study could lead to changes in school policy and implementation of programs to encourage physical activity and healthier eating.

More information about the global study and the subsequent articles can be found at http://www.nature.com/ijosup/journal/v5/n2s/index.html.