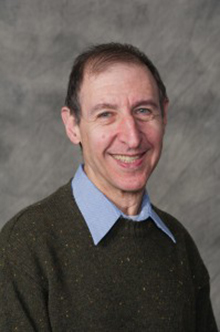 Davidson, an award-winning teacher and air-quality researcher who holds a Ph.D. in environmental engineering science from the California Institute of Technology, has spent most of his career focused on aerosol physics, earning an international reputation for his studies of atmospheric particles. More than a decade ago, his research interests shifted toward sustainable development.

After 25 years working in the field of forensic science and over two decades of executive experience as a laboratory director, Kathleen Corrado has been named director of the Forensic and National Security Science Institute (FNSSI) in the College of…

A key process during the development of an embryo is tissue morphogenesis, where the number of cells in an organism increase through cell division and tissues begins to take shape. Heidi Hehnly, assistant professor of biology, has been awarded a…

With just under a week left before President-elect Joe Biden’s inauguration ceremony, investigators and law enforcement agencies across the country are working speedily to identify as many of the Jan. 6 U.S. Capitol riot offenders as they can. Knowing exactly…

Congenital heart defects are the most common type of birth defect, affecting nearly 1 percent of births in the United States each year, according to the Centers for Disease Control and Prevention. Doctors have been unable to lower that number…

The human body is made up of trillions of cells. Within each cell are proteins which help to maintain the structure, function and regulation of the body’s tissues and organs. When cells are under stress, as in response to heat…