Chemists in the College of Arts and Sciences have figured out how to turn bacterial molecules into potential drug molecules.

Yan-Yeung Luk, associate professor of chemistry, and his research team have published their findings in ChemBioChem (John Wiley & Sons, 2015), explaining how they have created molecules that mimic and dominate toxic ones secreted by bacteria. The implications for the study of biology and pharmacology are said to be enormous. 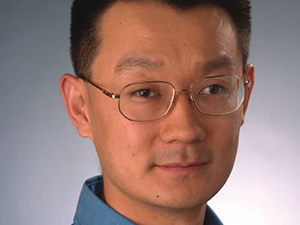 “Using toxic molecules to develop therapeutic agents, such as a vaccine, is not easy,” says Luk, who works at the interface of organic chemistry and the life sciences. “We’re just beginning to understand how some molecules—synthetic or naturally occurring—control the activities of bacteria. This will help us develop, among other things, drugs with many different applications.”

The Luk Research Group is focusing its attention on Pseudomonas aeruginosa, a microbe that causes many diseases and illnesses, including cystic fibrosis. Like other bacteria, P. aeruginosa produces a range of molecules that guides various activities. Among these molecules are rhamnolipids, which are made up of rhamnose sugar rings and fatty acids, and are able to reduce the surface tension of water. While rhamnolipids have been studied for decades, scientists don’t really know how they affect bacterial behavior.

Enter Luk, who, along with his research team, designs molecules that control such behavior. Their latest creation is a class of molecules called synthetic disaccharide derivatives (DSDs), which take over the chemical signaling of rhamnolipids to control activities such as biofilm formation, bacterial adhesion and swarming motility. 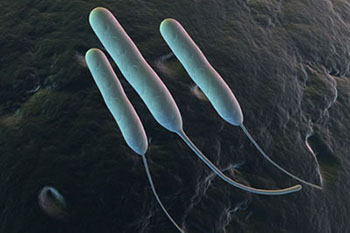 Lead author Nischal Singh G’15 and the rest of the Luk team have also discovered a subset of DSDs that dominates the function of rhamnolipids, and has demonstrated capacity for a range of new, unexpected bioactivities. The latter includes phenotypic switching, in which bacteria abandon their original phenotypes to “change” into two different phenotypes, and bacterial adhesion, considered the first step in colonization and biofilm formation.

“Biologists know how rhamnopilids are made by bacteria, and can knock out their production, but they don’t fully understand how rhamnolipids work—specifically, how they control different types of bacterial activities,” Luk says.

In addition to being non-toxic and biodegradable, rhamnolipids can withstand extreme temperatures, salinity and acidity. As a result, they have many useful chemical and biological properties.

Luk says that developing rhamnolipids into therapeutic agents has been speculated about for years, but without successful results. He hopes his group’s synthetic approach is the exception. After designing and synthesizing two chemical libraries, or collections, of molecules, Luk’s third one contained two DSDs whose structures dominated the functions of rhamnolipids, offering the potential for many applications. It is from these two molecules that Luk’s team is making new ones. 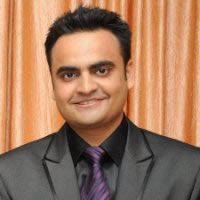 “By determining the important structural features of DSDs, we’ve figured out how to control the behavior of P. aeruginosa,” Luk adds. “At the same time, DSDs have enabled a series of novel biological phenomena that are starting to reveal how rhamnolipids work—something that has baffled scientists for a long time. It’s exciting to be on the brink of discovery.”

In addition to Luk and Singh, the article is co-written by Gaurie Shetye G’14, Jiayue Sun G’17, and Hewen Zheng G’15.