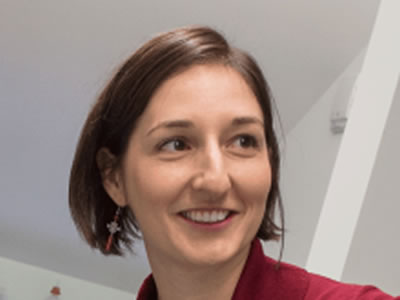 A physicist in the College of Arts and Sciences has published back-to-back articles in two of the field’s most prestigious journals.

Associate Professor M. Lisa Manning is the co-author of recent articles in Nature Physics and Nature Materials. Both pieces focus on cell motion and cell rearrangements inside dense biological tissues—one of her areas of teaching and research expertise.

Manning’s accomplishments cap off a busy summer, which saw her receipt of two grants awards: one for $1.02 million from the National Institutes of Health and another for $168,750 from both Gordon and Betty Moore Foundation and the Research Corporation for Science Advancement.

“Professor Manning is one of our rising stars in the classroom and the laboratory,” says A. Alan Middleton, professor and chair of physics. “She exemplifies the excellence of our Condensed Matter Group by applying sophisticated theoretical methods and image analysis to experiments on cells, both migrating and in tissues. Her contributions are pushing the boundaries of what we know about biological materials.”

Titled “A Density-Independent Rigidity Transition in Biological Tissues,” Manning’s article in Nature Physics establishes a new theoretical and computational framework for how cells move in dense tissues. She co-authored the article with Dapeng Bi, a former postdoctoral researcher at Syracuse who is now a Postdoctoral Fellow at The Rockefeller University; Jennifer Schwarz, assistant professor of physics at Syracuse; and Jorge Lopez G’14, assistant professor of physics at the University of Ibagué in Colombia, South America.

“Cell migration is important in many biological processes, including embryonic development, cancer metastasis, and wound healing. In these tissues, a cell’s motion is often constrained by its neighbors, leading to so-called glassy dynamics,” Manning says.  “Sometimes, cells become so constrained that the entire tissue transitions from fluid-like behavior, where cells easily migrate, to solid-like behavior, where they can’t move at all. Our theory explains, for the first time, how such a transition is possible in dense biological tissues. 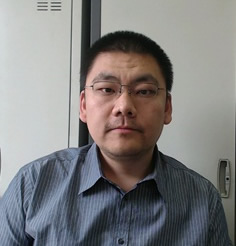 Bi, who spearheaded the study, says the group noticed how small changes in single cells, such as the number of adhesion molecules they expressed, could transform tissue from a solid-like jammed state to a fluid-like unjammed one. “Experts in the field had assumed that more adhesion led to a more solid-like state, but our model has predicted otherwise,” he says.

The model also states that an easy-to-measure number, quantifying cell shape, completely specifies the mechanical state of a tissue. “With no fit parameters, we predict that, if a tissue is solid-like, the cell-shape index should be 3.813; if the tissue is fluid-like, the number should be much larger than 3.813,” Manning says. “That’s a very strong prediction, and no one has ever thought to look at it before.”

This prediction was put to the test in the Nature Materials article, titled “Unjamming and Cell Shape in the Asthmatic Airway Epithelium.” Co-authored by Manning, Bi and a team of researchers at the Harvard T.H. Chan School of Public Health, it focuses on cells from the lungs of human subjects, some of whom have asthma.

The team found that epithelial cells from the lungs of non-asthma patients quickly became solid-like, or jammed, as expected. “In people with asthma, the cells, however, scrambled around like there was a fire drill going on, and the tissue remained fluid-like for a much longer time,” Manning says. “We also found that, in the jammed tissues, the cell-shape index was precisely 3.813, while it was significantly larger in the unjammed tissues, as predicted by our theory. It was a spectacular confirmation.”

Now that Manning understands the impact of jamming transitions on disease, she says the next step is to measure and control these transitions in various medical conditions, such as asthma, cancer and wound healing. “Our work suggests that the collective behavior of large groups of cells is easier to measure and is more important for disease than previously imagined,” she says. “That means it’s a very exciting time to be working in this field.”