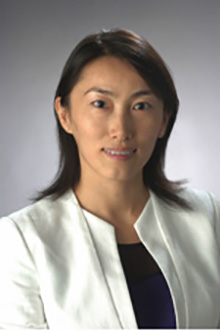 The award of $38,514 is for Huang’s work on the research initiative “General University Feed specification (GUFS) for Google Indoor Map.”

Improving awareness about and potential uses of facilities to enhance learning is the basis for Huang’s concept for creating a system to better map indoor environments, capabilities and resources, she says. In developing the idea, she wondered how much people know about and understand the unique details of their indoor environments, as well as being aware of all the resources that are available in their surroundings, such as the centers and buildings where they work and study on a daily basis. That cognizance is a facet of location awareness that is especially useful in learning environments such as college campuses, and also of interest to a company such as Google, Huang notes. Her model offers a system that proposes to capture how people use and interact with indoor resources and information for different kinds of learning interactions.

The award from Google “is exciting, and it’s a good start for developing this line of research,” Huang says. “It’s also a great recognition because it [the funding process] is really competitive.”

“The iSchool is very proud of Dr. Huang for obtaining this competitive award,” says interim dean Jeff Stanton. “She has demonstrated a level of creativity and energy that is inspiring to our students and faculty.”

According to an announcement by Google, a total of 805 proposals were received for this round of funding, coming from faculty members in 48 countries on six continents. The company funded 113 projects of those proposed, with 27 percent of the awards going to universities outside the U.S. The subject areas that received the highest level of support were systems, machine perception, software engineering and machine learning.

The company says its research awards program “plays a critical role in building and maintaining strong collaborations with top research faculty globally. These relationships allow us to keep a pulse on what’s happening in academia in strategic areas, and they help to extend our research capabilities and programs.”