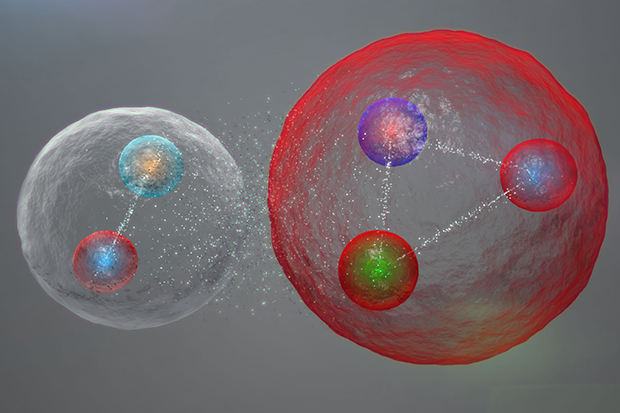 Professors Sheldon Stone and Tomasz Skwarnicki, doctoral student Nathan Jurik and former University research associate Liming Zhang are on the team that has confirmed the existence of two rare pentaquark states. Pentaquarks are shown above.

Physicists in the College of Arts and Sciences have confirmed the existence of two rare pentaquark states. Their discovery, which has taken place at the CERN Large Hadron Collider (LHC) in Geneva, Switzerland, is said to have major implications for the study of the structure of matter.

It also puts to rest a 51-year-old mystery, in which American physicist Murray Gell-Mann famously posited the existence of fundamental subatomic constituents called quarks, which form particles such as protons. In 1964, he said that, in addition to a constituent with three quarks, there could be one with four quarks and an anti-quark, known as a “pentaquark.” Until now, the search for pentaquarks has been fruitless. 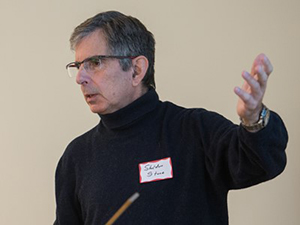 “The statistical evidence of these new pentaquark states is beyond question,” says Sheldon Stone, Distinguished Professor of Physics, who helped engineer the discovery. “Although some positive evidence was reported around 10 years ago, those results have been thoroughly debunked. Since then, the LHCb [Large Hadron Collider beauty] collaboration has been particularly deliberate in its study.”

In addition to Stone, the research team includes other physicists with ties to Syracuse: Tomasz Skwarnicki, professor of physics; Nathan Jurik G’16, a Ph.D. student; and Liming Zhang, a former University research associate who is now an associate professor at Tsinghua University in Beijing, China.

Liming, in fact, is presenting the findings at a LHCb workshop on Wednesday, July 22, at CERN.

Stone credits Gell-Mann, a Nobel Prize-winning scientist who spent much of his career at Caltech, for postulating the existence of quarks, which are fractionally charged objects that make up matter. “He predicted that strongly interacting particles [hadrons] are formed from quark-antiquark pairs [mesons] or from three quarks [baryons],” Stone says. “This classification scheme, which has grown to encompass hadrons with four and five quarks, underscores the Standard Model, which explains the physical makeup of the Universe.”

Stone says that, while his team’s discovery is remarkable, it still raises many questions. One of them is the issue of how quarks bind together. The traditional answer has been a residual nuclear force, approximately 10 million times stronger than the chemical binding in atoms. 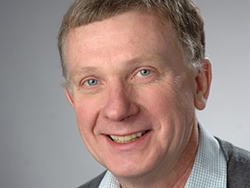 But not all bindings are created equal, Skwarnicki says. “Quarks may be tightly bound or loosely bound in a meson-baryon molecule,” he explains. “The color-neutral meson and baryon feel a residual strong force [that is] similar to the one binding nucleons to form nuclei.”

Adds Stone: “The theory of strong interactions is the only strongly coupled theory we have. It is particularly important for us to understand, as it not only describes normal matter, but also serves as a precursor for future theories.”

The discovery is the latest in a string of successes for the Department of Physics, which made international headlines last year, when Skwarnicki helped prove the existence of a meson named Z(4430), with two quarks and two antiquarks.

Much of this cutting-edge work occurs at CERN, where Stone oversees more than a dozen Syracuse researchers. CERN houses four multinational experiments, each with its own detector for collecting data from the LHC particle accelerator.