Distinguished Professor of Information Science Kevin Crowston has enjoyed a rare opportunity in the academic researcher’s world. He’s lived life on the other side of a research funding proposal. 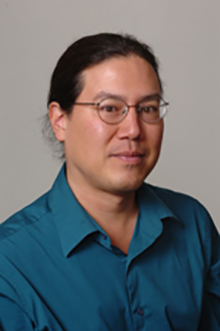 Crowston recently completed a 27-month rotation as a program director for the National Science Foundation (NSF). Working from its headquarters in Washington, D.C., he directed the NSF’s Cyber-Human Systems and Human-Centered Computing program, Information and Intelligent Systems Division, Computer and Information Science and Engineering Directorate. He represented the organization, arranged for review and assessment of proposals for grants and interacted with project principal investigators, among other duties.

The experience afforded the School of Information Studies (iSchool) professor a wealth of insights about the workings of the NSF, an inside look at how and why proposals may be funded and new perspectives about government organizations, he says.  The NSF’s “borrowing” of experienced academic professionals is designed to help it keep pace with various fields of science, Crowston explains, noting that nearly 40 percent of NSF program officers, plus many organizational managers, are rotating personnel.

For someone whose career had been spent as a doctoral student, post-doctoral researcher, visiting scholar and faculty member, the opportunity provided a whole different worklife and organizational culture. Crowston chuckles, “It was the first time I’d ever had a nine-to-five job; I had always been in the academic environment.”  He was exposed to governmental regimens: a set-hours workday, having to gain permission to work from home, obtaining supervisors’ approvals for his speeches and presentation slides and watching federal employees punch a timeclock.

“It was a very different work environment. It provided a much greater appreciation of what it is like to work in a large, bureaucratic organization,” he says.

While feeling he was “at the bottom of the hierarchy,” Crowston knew his role still carried significant authority. “Program directors are sort of upper-level management in terms of their classification, so they have a lot of responsibility and a lot of discretion.” he explains. “From program director to the president [of the U.S.] is only six or seven steps away. It’s a fairly flat organization [so] the position comes with a lot of responsibility.”

For example, he’d only been on the job for a month when asked to represent the NSF at a conference. He had to make clear which comments were his own and when he was speaking officially for the NSF. “I’d have to be very careful about what I said. You’d have to worry about people overinterpreting. People would attribute a lot of weight to what I was saying, and rightly so.”

Though he resided in D.C. for a time, Crowston commuted back to Syracuse throughout his rotation. He’d spend a day a week in transit, and another day each week on his private research. He wanted to stay in touch with his students at the iSchool, and it was also part of his NSF duties to continue doing research. His research examines new ways of organizing made possible by the use of information technology, specifically looking at free/libre open source software development projects, citizen science projects and research data management.

The opportunity allowed Crowston, who previously had been awarded three NSF grants, “to learn a lot about science policy and how decisions are actually made regarding [NSF] funding. In terms of its procedures, NSF is a bunch of programs in close formation, which are not necessarily all done in the same way.”

As a program director, he organized proposal reviews and coordinated the processes that led to acceptance or decline of grants. “You say no way more than you say yes; about one in six [proposals] is funded,” he notes. There are three key questions the NSF considers in reviewing grant requests, he says. “What do you want to do; does the proposal writer make it very clear? Do you think they can do it; is it a well-founded, detailed plan? If they did this, would anyone care? Is it interesting enough that other researchers will want to know about it, and will it have societal impact?”

Some decisions are clear-cut, but others are not. “Sometimes [the goal] is very clear and very well-detailed, but in the end, the research may be something that no one is really interested in. Then there’s stuff that’s just wildly ambitious, and you say, ‘That would be really cool, but it’s a two-year grant and this is five years’ worth of work,’” he said. The decisions “do weigh on you a little bit. In a sense, it’s arm’s-length and you’re reviewing documents. But every now and then, you realize this document represents someone getting a fairly large amount of money, being able to do things, hiring students. And the ones you decline, their project ends.”