Waste Not: Making the Most of Wireless Resources

Few things are as frustrating as a phone conversation interrupted by a bad signal. It is a perfect example of a technology’s purpose being nullified by its own limitations. 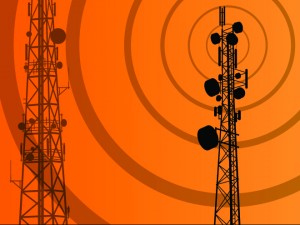 We’re asking much more of our wireless technologies than ever before, but the constraints remain—affecting the reliability of these services.

Unfortunately, despite advances, this problem hasn’t been entirely addressed and the public’s expectations of wireless capabilities have inflated. No longer do we require simple, two-way audio. We want streaming, high-definition video, multiplayer video games and uninterrupted video chat. We’re asking much more of our wireless technologies than ever before, but the constraints remain, affecting the reliability of these services. Even so, consumers are demanding more and will continue to do so.

“Whether it’s bandwidth, energy, or spectrum—resources are always limited in wireless networks. To make the network work as intended, we’re constantly forced to answer a single, looming question— how can we make best use of these resources?” says Professor M. Cenk Gursoy of  the Department of Electrical Engineering and Computer Science.

In two theoretical papers, Gursoy explores possible solutions that focus on a common theme—power. He considers different scenarios in which wireless services can be improved by adjusting the amount of energy being used to transmit data.

When you just need it to work

In “Power control in fading broadcast channels with random arrivals and QoS constraints,” Gursoy addresses situations in which there is a system with a single transmitter and multiple receivers experiencing signal fading. Despite the reduction of signal strength, an acceptable level of quality of service must be provided for services such as streaming and interactive video and multimedia. After all, the end user doesn’t care about interference and signal fading, he just wants it to work. Gursoy proposes an optimal power control algorithm that determines how much power ought to be put behind the transmission as the signal fades in and out to ensure that the video loads and plays as it should.

In “Optimal Power Control for Underlay Cognitive Radio Systems with Arbitrary Input Distributions,” Gursoy looks at a way to use the crowded radio spectrum more resourcefully. The radio spectrum is finite and its prime portion is already allocated to specific applications or services, creating a spectrum crunch. Taken at face value, it appears that the spectrum is essentially used up. It is true that the useful ranges in the spectrum have already been handed out; however they are not always in use. Cognitive radios can detect these channels that are assigned yet underutilized. The underutilized spectrum can then be accessed and used for other purposes without affecting the service that it is assigned for. Just like that, new bandwidth for new wireless services has been uncovered. In this paper, Gursoy lays out the optimal amount of power to use in such a scenario.

A fine balance for a strong signal

While certain limitations of wireless networks remain beyond anyone’s control, intelligent use of the electromagnetic spectrum and wireless resources can help us overcome inevitable signal fading and hopefully avoid choppy phone conversations or videos that won’t load.

Gursoy says, “By evaluating channel conditions, we can adapt the transmission strategies. Multimedia and video traffic will continue to increase, occupying more and more resources. We have to use everything we have at our disposal to its greatest extent if we are to provide the services people expect from wireless communications.”