Amy Kallander, an associate professor of Middle East history in the Maxwell School and the College of Arts and Sciences, has received a prestigious Summer Stipend Research Grant from the National Endowment for the Humanities (NEH). She will use the award to support her ongoing project, “Women, Family and the Modern Nation in Postcolonial Tunisia.” 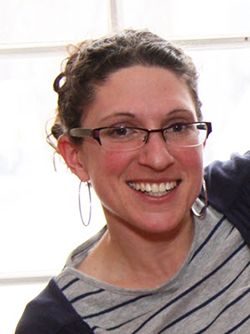 A scholar of the Ottoman Empire and modern Middle East, Kallander is also an affiliated faculty member with the women’s and gender studies department.

“I am interested in why some women were included in state development projects during the 1960s and ’70s, such as those involving education and family planning, while other women—those less educated, more pious or from rural areas—were not,” says Kallander, whose expertise extends to the social and cultural history of Tunisia, gender and colonialism, and family history.

The NEH grant will enable her to travel to Paris, where she will examine Tunisian periodicals collected in the French National Library, along with papers associated with the radical leftist movement of the late ’60s.

The significance of the award, for which competition is fierce, is not lost on Kallander. Of this year’s 900-plus applicant pool, she is among a mere eight percent to receive funding.

“I am both humbled and honored that the NEH selected my proposal from such an impressive slate of candidates,” she says. “This grant award will contribute to furthering my more than 14 years of traveling to Tunisia to study its history, culture and people.”

Kallander is the recipient of other honors and awards, including a recent faculty fellowship from the Syracuse University Humanities Center. She earned a Ph.D. from the University of California, Berkeley, serving as a Sultan Fellow in the Center for Middle Eastern Studies, and was a Fulbright Fellow in Cairo, Egypt in 2008.