Norman J. Wagner, Robert L. Pigford Chair of Chemical & Biomolecular Engineering and director of the Center for Neutron Science at the University of Delaware, will give the Department of Biomedical and Chemical Engineering’s Spring Distinguished Lecture. His topic will be “How Do Colloidal Gels Form and Flow?” 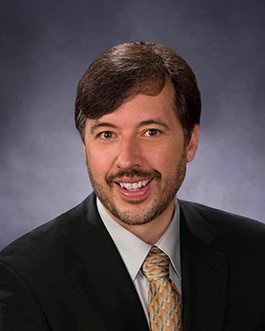 The  event will take place Friday, April 24, at 1 p.m. in 369 Link Hall, with a reception immediately following.

Wagner leads an active research group with focus on the rheology of complex fluids, neutron scattering, colloid and polymer science, applied statistical mechanics, nanotechnology and particle technology. His research areas include the effects of applied flow on the microstructure and material properties of colloidal suspensions, polymers, self-assembled surfactant solutions, and complex fluids in general.

He earned his bachelor’s degree from Carnegie Mellon University and doctorate from Princeton University. He was an NSF/NATO postdoctoral fellow in Germany, and a director’s postdoctoral fellow at Los Alamos National Lab prior to joining the University of Delaware in 1991. He was named a Senior Fulbright Scholar (Konstanz, Germany) and served as a guest professor at the ETH, Zurich (1997), and the University of Rome (2004). His recent awards include election as member of the National Academy of Engineering (2015), election as fellow of the AAAS (2015), the Bingham Medal of the Society of Rheology (2014), election as fellow of the Neutron Scattering Society of America (2014) and the AIChE PTF Thomas Baron Award (2013).