Forbes has recognized Syracuse University in its inaugural list of America’s Best Employers. Syracuse is ranked #41 in Forbes listing of the top 500 employers. 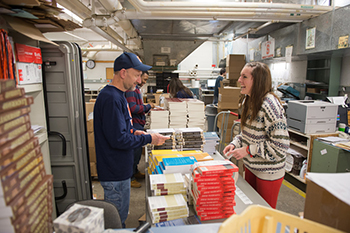 Syracuse University has been named number 41 on list of the top 500 employers by Forbes magazine.

Forbes worked in conjunction with Statista.com in developing the rankings. Forbes has traditionally ranked the nation’s best companies to work for, but this is the first time the magazine has listed best employers. According to Forbes, the survey was conducted taking into consideration companies in all industry sectors in the U.S. employing more than 2,500 people.  A total of 20,000 individuals were polled. They were asked “On a scale of 1-10, how likely would you be to recommend your employer to someone else, or to other employees in your industry?”

Andy Gordon, senior vice president and chief human resources officer, says Syracuse University is a world-class university, made up of world-class people. “Every day our faculty and staff make a difference in the lives of our students,” Gordon says.