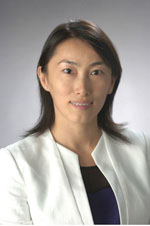 The two-pronged study, the first phase of which has been funded for $100,255, will initially focus on research to determine what factors motivate and influence individuals to report information of a public safety nature. The second part will assess whether having crowdsourced information improves the ability of public safety departments to communicate more promptly and effectively with the communities they serve. That segment will include Huang’s leading a student team in the building of a prototype app to test the behavioral models researched, and to see if crowdsourced information sharing is an effective addition to community public safety resources.

The research will involve conducting surveys and interviews and running lab studies to determine how anticipated information-reporting behaviors align with individuals’ actual behaviors in relation to the reporting of public safety information and incidents. Huang says that will include studying what type of information individuals are willing to share, varying from innocuous incidents such as the reporting of a lost item to issues of a heightened nature, such as the location of a public disturbance or the occurrence of accidents or even suspected or witnessed criminal activity.

“Law enforcement agencies have begun to tap into crowdsourcing applications and social media in their practices, such as allowing people to report safety issues via mobile apps and reporting crimes on Twitter,” she notes. “This research aims to investigate key factors that motivate and influence people’s willingness to share safety-related information in a mobile social environment.”

Huang will also work with her research collaborator, Assistant Professor Corey White from the Department of Psychology in the College of Arts and Sciences, to continue their research on employing computational modeling techniques from cognitive psychology to build decision models. She said those models will be used to assess which factors impact individuals’ decisions about whether they will share information, and to what degree they will initiate information reporting. 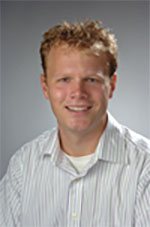 The research also will assess whether nudge mechanisms can be developed that encourage people to share public safety information in an informed and timely manner, says Huang. It may turn out that reporting behaviors are based on “intrinsic factors, such as the desire to improve society or the desire for knowledge,” and other indicators, such as “whether it’s known that people will be hurt or property will be damaged,” she adds.

In the second phase, Huang will lead development of a mobile crowdsourcing application that integrates the decision models discovered in the earlier research. The prototype app, called S4S (Sharing for Support/Safety), will be field-tested to address the kinds of public safety issues that arise for students and community residents who inhabit locales surrounding institutions of higher learning. That testing will help determine whether crowdsourcing (where many individuals voluntarily provide simultaneous, real time data) can enhance the ability of public safety departments to receive information more quickly and with greater detail—thus increasing the potential of public safety departments to better and more quickly respond to situations.

“We here at the iSchool are very proud of Yun Huang’s receipt of this NSF award. The grant is particularly exciting because it is Yun’s first NSF grant where she is working as the lead principal investigator,” says Interim Dean Jeff Stanton. “Crowdsourcing is a very powerful mechanism that deserves more research attention, and Yun’s prior work has shown very clearly that she is ready to make an impact in this area.”

Huang says law enforcement agencies have generally begun to use social media to help them address issues and better engage with their publics. That has occurred at Syracuse University, where Huang and a team of students collaborated with the Department of Public Safety to develop a mobile app. Called “SU DPS,” which displays maps of locales, reports of where incidents have occurred and prompt notifications about incidents. It is also a conduit for campus-wide ORANGE alerts. The app is available on Google Play for Android systems.

Huang has been researching the topic of crowdsourcing for public safety since 2013, and her research has involved a number of students. They have included Yu Sun, Jing Zhu, Rucha Avinash Somani, Elliot Tan, Huichuan Xia and Cheng Ji. Since most have graduated or are ready to graduate this semester, she is interested in meeting students who want to discuss research involvement and opportunities on the newest project, she says.

The total NSF project funding over both phases of the project is expected to be approximately $180,000.