Research Finds In-Game Rewards Have No Effect on Learning 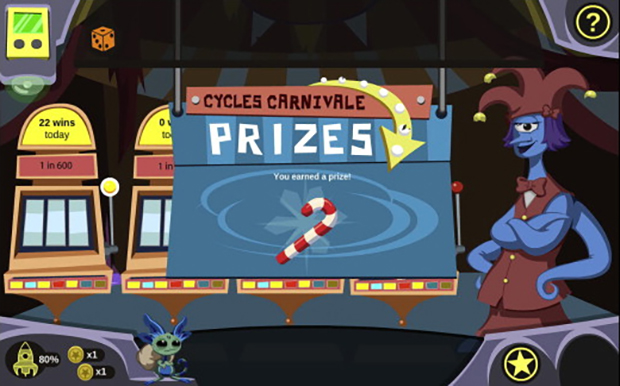 New research from the iSchool suggests that the quantity of rewards do not affect learning in educational games.

New research from School of Information Studies Associate Professor Jenny Stromer-Galley explores the role of in-game rewards and the impact they have on learning in educational games.

In a paper set to be published in the April edition of Computers in Human Behavior, Stromer-Galley and a team of researchers examine how the presence of rewards in an educational video game influenced whether subjects learned complex concepts.

The researchers designed and developed two educational video games, one with and one without a range of reward features for players, and examined learning outcomes among students. Although both video games significantly improved learning, the researchers found that the quantity of rewards provided in the game did not have an impact.

“We conducted an experiment to determine if rewards in a video game improved learning about complex psychological concepts,” explains Stromer-Galley.  “Although people in the high-reward game felt rewarded and they liked playing the game more than those who played a game with low rewards, the rewards had no effect on learning.”

The game, designed specifically for this study, trained players to change their decision-making behavior and increase their knowledge of three specific cognitive biases: anchoring bias, projection bias and representativeness bias.

Called Cycles Carnivale, the Flash-based puzzler is a point-and-click, two-dimensional alien carnival world that uses first- and third-person views. In the game, the player’s character has crash-landed, and in order to purchase the parts they need to fix their ship, must collect currency by winning a series of classic carnival games such as knocking down a tower of bottles. Winning the game requires players to identify and avoid the relevant cognitive bias that can influence behavior in each challenge.

“This paper provides evidence for a long debate in education and in games about whether in-game rewards improve learning,” says Stromer-Galley. “Our carefully controlled experiment suggests that rewards have no discernible improvement on learning.”

Overall, Stromer-Galley’s research shows that rewards are important in educational games, but not necessarily in a way that has been previously believed. The results of the experiment instead suggest that rather than focusing on adding points, badges or other types of in-game rewards to make a game more appealing to potential players, educational game designers should focus on the core game mechanics that players may find satisfying, such as intuitive controls and progressively difficult but fair challenges.

The research project was funded through the SIRIUS Program of the Intelligence Advanced Research Projects Activity (IARPA) via the Air Force Research Lab.