A professor in the College of Arts and Sciences has received a major grant to support his ongoing work in medium-energy physics. 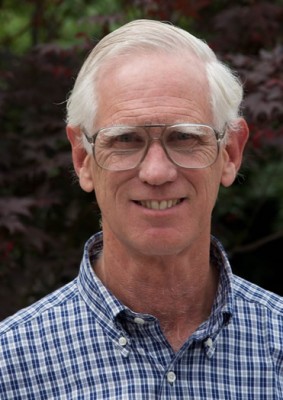 Paul Souder, a world-renowned nuclear physicist, is using a three-year $1.2 million grant award from the U.S. Department of Energy (DOE) to study spin-dependent phenomena—broadly speaking, the manner by which nuclei affect the radioactive decay and nuclear fusion of subatomic particles.

The DOE has been supporting Souder’s work since 1984, a year after he joined the Syracuse faculty.

“We’re extremely proud of Paul Souder, whose work has increased our understanding of the fundamental processes of nuclear physics,” says A. Alan Middleton, professor and chair of physics. “His research program is one of the oldest and most successful at Syracuse and is among the nation’s best in medium-energy physics.”

Souder is using the grant to examine weak interactions in nuclear physics. Despite its name, a “weak interaction” is stronger than gravity and is responsible for the decay of fundamental particles, such as bosons and quarks. In weak interactions, neutrons convert to protons, and electrons become electrically neutral particles called neutrinos.

To better understand how these interactions work, Souder relies on a process called electron scattering, in which polarized electrons are “bounced off” atomic nuclei. These mini-collisions reveal lot about the size and charge-distribution of the particles in question.

“The scattering depends on the direction of the spin of the electron,” says Souder, alluding to a quality known as parity violation. “When the scattering shows a weak interaction, instead of the better-known electromagnetic one, we can infer a lot about nuclei, as well as the fundamental interaction, itself.”

At JLab, Souder will use DOE funding to develop a solid-state spectrometer, useful for testing the Standard Model of particle physics and searching for charge-symmetry at the quark level.

“Our project might suggest that quarks [the building blocks of protons and neutrons] are made up of other particles yet to be observed,” he says. “The spectrometer will enable us to handle very high rates of events that can detect small asymmetries [among particles].”

Souder will also continue work at JLab on a Møller scattering experiment, involving the mutual interaction of two electrons.

“The experiment will break ground in how small an asymmetry may be measured,” he adds.

Souder has received well-deserved recognition for his work. In July, he was the subject of a daylong fete at Syracuse, attended by colleagues all over the country. A day later, he co-chaired PAVI14, a weeklong international conference on modern nuclear physics that took place in his hometown of Skaneateles, N.Y. Last year, he received the Outstanding Nuclear Physicist Award from Jefferson Science Associates—one of the highest honors in his field.

Souder came to Syracuse, following appointments at Harvard and Yale universities. He is a fellow of the American Physical Society and a prolific scholar, with more than a hundred articles to his credit. Souder is also an internationally sought-after speaker who earned a Ph.D. from Princeton University.