SU Mathematician Invited to Speak at ‘MathFest’ in Oregon

A professor in the College of Arts and Sciences has been invited to speak at the country’s largest annual summertime gathering of mathematicians, taking place next month in Portland, Ore. 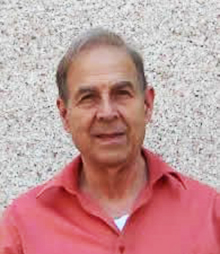 Jack Graver, professor of mathematics, will address attendees at the Mathematical Association of America (MAA)’s MathFest, a four-day conference for hundreds of university faculty, high school teachers, and graduate and undergraduate students.

Graver will deliver the Jean Bee Chan and Peter Stanek Lecture for Students on Thursday, Aug. 7. His lecture will examine the origins of Pi Mu Epsilon (PME), the national mathematics honor society, which was founded at Syracuse University in December of 1913 and incorporated by the state legislature five months later.

“This is a special opportunity for Professor Graver, the Department of Mathematics and Pi Mu Epsilon,” says Graham Leuschke, professor and associate chair of mathematics. “Jack’s presentation at MAA MathFest marks the culmination of a series of celebrations, all over the country, in honor of PME’s centennial. We’re extremely proud of him.”

An outgrowth of the mathematics club at Syracuse University, PME was founded by Edward Drake Roe Jr., the John Raymond French Professor and chair of mathematics, as well as director of the Holden Observatory. (Roe was also an astronomer, whose observatory was considered one of the best private ones in the country.) Roe not only oversaw PME’s first chapter, Alpha of New York, but also served as PME’s national president, until his death in 1929.

Since then, PME has grown to encompass more than 350 chapters at colleges and universities nationwide. PME chapters engage in a variety of events and activities, designed to promote and recognize scholarly activities in mathematics, including conferences, lectures and workshops.

“Using the Archives of Syracuse University, as well as detailed notes left by [PME’s] founders, I hope to cultivate a greater understanding of the historical context in which the organization was born,” says Graver, an expert in combinatorics and graph theory. “There are a lot of questions about how and why PME came about the way it did.”

Much of Graver’s work has applications for industry, including architecture and computer science. He is the author of over 50 research and expository articles, mainly on topics related to graph theory, rigidity theory and matroid theory. Graver is also the author of four landmark books: “Combinatorics with Emphasis on Graph Theory” (Springer-Verlag, 1977), with Mark Watkins; “Counting on Frameworks: Mathematics to Aid the Design of Rigid Structures” (Cambridge University Press, 2001); “Combinatorial Rigidity” (American Mathematical Society, 1993), with Brigette G’87 and Herman Servatius G’87; and “Incidence and Symmetry in Design and Architecture” (Cambridge University Press, 1983), with Jenny Baglivo ’72, G’76.

In addition to being a prolific scholar and sought-after speaker, Graver has devoted much of his career to teacher training. He has mounted more than 40 workshops for elementary and secondary school teachers, as well as various student enrichment programs.

“Jack is one of our department’s most distinguished veterans,” Leuschke adds. “His scholarship and extensive service, coupled with creative approaches to teaching, exemplify the values of the College of Arts and Sciences.”