Contrary to a common cultural portrayal, young people are careful and conscientious about how they present themselves in online communication, and they compose expressive messages, use larger vocabularies, and emphasize remarks with more punctuation than their older counterparts. 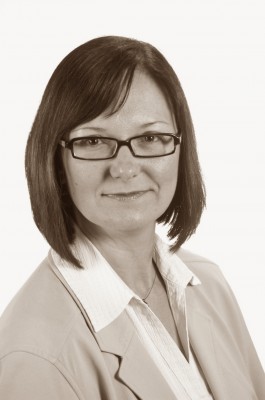 Those are some of the findings of research that School of Information Studies associate professor Jenny Stromer-Galley conducted to assess the differences in how people under the age of 30, versus those older than 30, express themselves in online communication.  The findings come from analysis of the chat, movement and appearance of participants as they played a custom-built quest game in a 3D virtual-world environment.

Stromer-Galley noted that, while there is a contemporary view that portrays young people as being somewhat sloppy in their online communication, just the opposite is true. “The belief is that, ‘They’re millennials, they’ve always been online,’ and there’s a sense that they’re native, fluent, comfortable in the [online] space, and may use shortcuts to express themselves. But while they may be using that shorthand, they are still quite conscientious about the way they are expressing themselves, and they seem more conscientious about that than people who are older,” she says.

This research disputes the common assumption that young people “are always aiming for efficient, short messages,” she says. “We’re finding that they also have a significantly larger vocabulary—20 percent more than people over the age of 30—and that the younger people use 47 percent more punctuation in their online communication.”

Younger people are expressive, but also careful in their choice of language and so conscientious about how they are represented online, evidenced by their correcting typos and adjusting messages and responses based on specific communication environments, Stromer-Galley says. Those patterns “may suggest that people under 30 are very aware of the different online environments they are using, and that they recognize that if on a cell phone, short simple and sweet will do, but if in an online game, there’s a chance to more completely round out their character–the presentation of their self to others.”

The study looked at online communication formed by participants ages 18 to 64 using a two-hour quest game in Second Life that was created for this purpose by the researchers. The participants ranged in age from 18 to 64, with an average age of 37. Assessments were divided by the age point of under 30 or over 30. Participants’ appearance, movement, chat and mouse clicks were recorded as they played the game. A similar study was done for participants in the online game World of Warcraft. In making their determinations, researchers conducted a sentence-by-sentence review of the online communication used in the game, and a count of the punctuation (periods, exclamation points, commas and question marks) used.

The study’s outcomes provide a recognition that there are a lot of cultural stereotypes about how people communicate online, including many about young people, Stromer-Galley believes. “We need to be careful about those and give young people credit. They are comfortable in these [online spaces] and they seem to be aware of the opportunities available to them to express themselves in different online environments.”

Study co-author Rosa Mikeal Martey of Colorado State University notes, “Online chat—especially in games—is often thought of as eroding the typing and self-expression skills of younger people, but our study shows that they are very expressive and do pay attention to how they communicate both text and non-verbally with their [game]avatars.”