M. Lisa Manning, assistant professor of physics in The College of Arts and Sciences, studies the mechanics of how biological cells move and grow, and how granular materials fail. 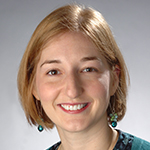 As an early career scientist, she is being recognized for her work with a 2014 Sloan Research Fellowship by the Alfred P. Sloan Foundation.

Manning, whose research focuses on understanding the mechanical properties of biological tissues and nonbiological materials, is one of 126 U.S. and Canadian scholars who received this year’s award. The Sloan Research Fellowship honors young researchers whose achievements and potential identify them as the next generation of scientific leaders.

Fellows receive $50,000 to further their research.

“For more than half a century, the Sloan Foundation has been proud to honor the best young scientific minds and support them during a crucial phase of their careers when early funding and recognition can really make a difference,” said Paul L. Joskow, president of the Alfred P. Sloan Foundation. “These researchers are pushing the boundaries of scientific knowledge in unprecedented ways.”

Candidates for the Sloan Research Fellowships are nominated by fellow scientists. Fellows are selected by an independent panel of senior scholars on the basis of a candidate’s independent research accomplishments, creativity and potential to become a leader in his or her field.

“The Department of Physics nominated Professor Manning because of her outstanding accomplishments, future promise as a scientist and her leadership abilities,” says Alan Middleton, professor and department chair. “She brings energy and depth to many activities—she has pioneered new technologies in the classroom and has great enthusiasm for teaching. In her research, she uses computers and sophisticated theoretical methods to study experiments on both cell migration and granular—sand-like—materials.”

Manning oversees the Manning Group, a team of students and postdoctoral researchers, in the Department of Physics. She is working on several projects to understand how interactions between cells generate the mechanical properties of tissues, which is important in embryonic development, wound healing and cancer.

“I was ecstatic when I heard the news about the fellowship. This recognition means that other well-respected scientists find my research interesting and relevant, which is a huge validation of my work,” Manning says. “It also highlights the fact that Syracuse is a great research university with a world-class physics department. I hope that this award will attract students and scientists who can further improve our research and help us make an impact in the world.”

Manning will use some of the funding to support a project with Jeff Amack at Upstate Medical University to understand how cell shapes and mechanical interactions influence the patterns that occur in embryonic development.

“I will also use some of the funds to support researchers in my group who study the mechanical properties of disordered, non-biological materials, such as granular solids or recently discovered bulk metallic glasses,” Manning says. “These materials tend to break or fail along poorly understood fissures called shear bands, and our goal is to understand and predict these failures.”

Manning, who also leads graduate student recruiting in the physics department, has also built collaborations with researchers at Princeton University and in the Department of Biomedical and Chemical Engineering at SU.

“Professor Manning is well poised to achieve fundamental scientific advances, given her knowledge and her ability to find important connections between people and between various scientific fields,” Middleton says. “Her work on the motion of cells will lead to a better understanding of development in organisms and abnormal migration, as in cancer.”

Among her many published works, Manning co-authored, with three other scientists, a September article in the journal Interface that presented their work on the development of a model for studying tissue.

In January, Manning was awarded a Faculty Early Career Development (CAREER) award from the National Science Foundation (NSF) for “Flow, Failure and Migration in Glassy Materials.”

Her expertise has been sought by universities and institutes across the United States and internationally, as an invited speaker at various seminars, workshops and colloquiums.