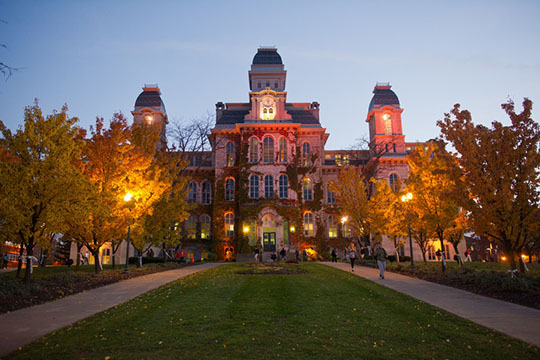 The Hall of Languages will be lit up in red Friday evening as part of the campus’ Orange Goes Red for the American Heart Association campaign.

The Hall of Languages will be aglow in red lights on the evenings of Thursday, Feb. 6, and Friday, Feb. 7, as part of the campus’ Orange Goes Red for the American Heart Association (AHA) campaign. Friday marks the 10th anniversary of the AHA’s Go Red for Women campaign and is also National Wear Red Day. 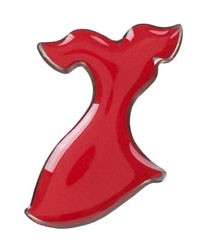 The red dress has become a symbol of the fight against heart disease in women.

In the decade since launching the Go Red for Women campaign, the AHA reports 1.34 percent fewer women die from heart disease.

The public can support the University’s Orange Goes Red wellness and fundraising initiative in a number of ways. Visit the program’s website for more information.