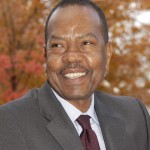 George M. Langford, dean of The College of Arts and Sciences, and M. Cristina Marchetti, associate director of the Syracuse Biomaterials Institute and William R. Kenan Jr. Professor of Physics, have each been named a 2013 Fellow of the American Association for the Advancement of Science (AAAS), an honor bestowed upon AAAS members by their peers.

This year, 388 members from across the country have been awarded this honor by AAAS for their scientifically or socially distinguished efforts to advance science or its applications.

As part of the Section on Biological Sciences, Langford was elected for his distinguished contributions to the fields of cell biology and neuroscience, particularly for studies of molecular motors and the cytoskeleton, and programs to support minority students. Marchetti was elected as part of the Section on Physics for pioneering work on statistical mechanical systems far from equilibrium, ranging from vortices in high temperature superconductors to self-organization in biological systems. 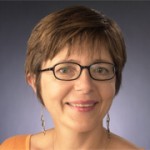 “I’m delighted that George and Cristina have achieved such notable distinction from one of the most prestigious scientific organizations in the world,” says Interim Chancellor and Provost Eric Spina. “Their selection as AAAS Fellows brings well-deserved attention to their outstanding scholarship, research and commitment to advancing opportunity for students who share their passion for scientific discovery. On behalf of the entire University community, I congratulate them on their singular achievement and thank them for further enhancing SU’s institutional commitment to excellence.”

The tradition of AAAS Fellows began in 1874. Currently, members can be considered for the rank of fellow if nominated by the steering groups of the association’s 24 sections, or by any three fellows who are current AAAS members, or by the AAAS chief executive officer. Fellows must have been continuous members of AAAS for four years by the end of the calendar year in which they are elected.

Each steering group reviews the nominations of individuals within its respective section and a final list is forwarded to the AAAS Council, which votes on the aggregate list.

This year’s AAAS Fellows were formally announced in the AAAS News & Notes section of the November 29 edition of the journal Science. New fellows will be presented with an official certificate on Feb. 15 at the 2014 AAAS Annual Meeting in Chicago.