Lending a Hand in Empowering Communities 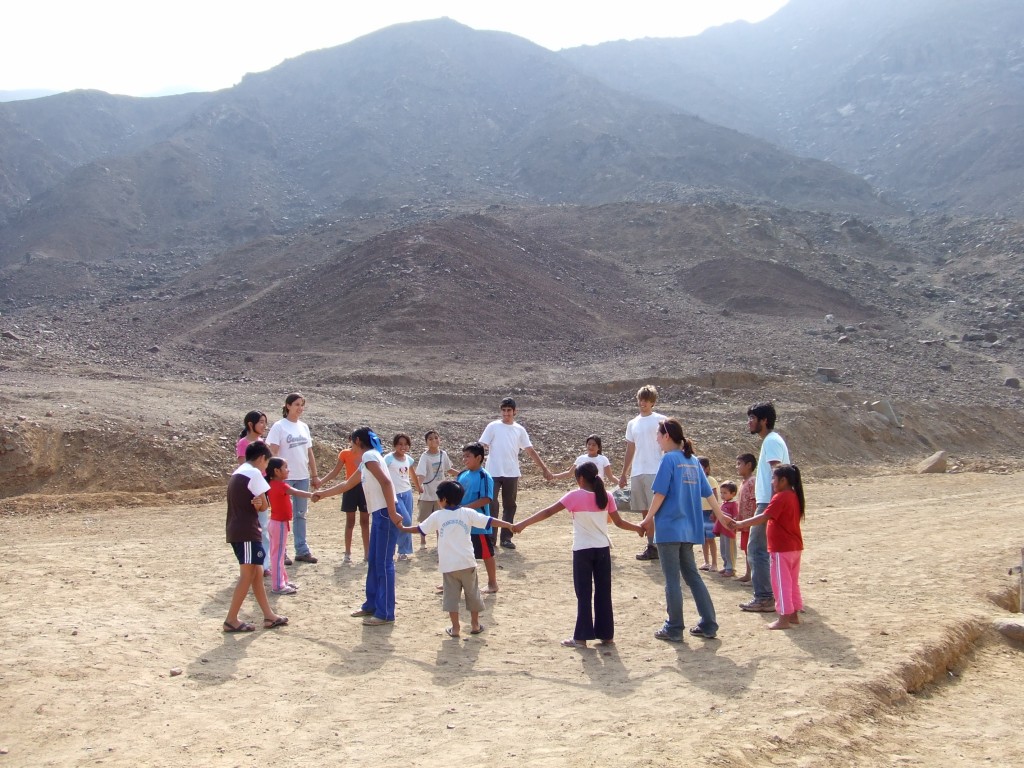 Student chapters of Nourish International partner with organizations around the world to engage with communities in sustainable development projects.

A new student organization on campus is creating opportunities for social entrepreneurship for students, while impacting communities with life-changing, sustainable projects.

Nourish International, a national organization, engages students on campuses around the country to work with global communities on development projects that help eliminate extreme poverty. The organization is committed to human rights and access to basic needs and values, partnering with community members to empower communities and students.

Throughout the school year, student chapters raise money through on-campus ventures to support an international development project they select and plan with a community-based organization abroad.

“Nourish allows students to engage in international development, something you don’t often see on college campuses,” says Ellen Moore ’14, co-founder and president of the Syracuse University chapter, which started this fall. “It’s giving people this point of access to learn about these issues, have a hand in organizing a project with a community-based organization abroad, raising funds and seeing the project through.”

Recent projects at other schools have included working on computer literacy in Nicaragua, constructing a clean water pipeline in Cameroon and building a school garden in Tanzania.

Each summer, some students will also travel to the country to help the community organization complete the project. “We go through this whole process of how to select the organization we’ll partner with, how to decide where to travel and what we’re going to do,” says Moore, an international relations major.

The chapter is determining which organization it might partner with, but the fund raising has already started. The students organized a Halloween Thrift Sale in which donated costumes were resold at two locations around the campus. The chapter has earned nearly $500. One last sale will be held Tuesday, Oct. 29, from 2:30 to 6 p.m. in the Noble Room in Hendricks Chapel to reach more students just before Halloween. 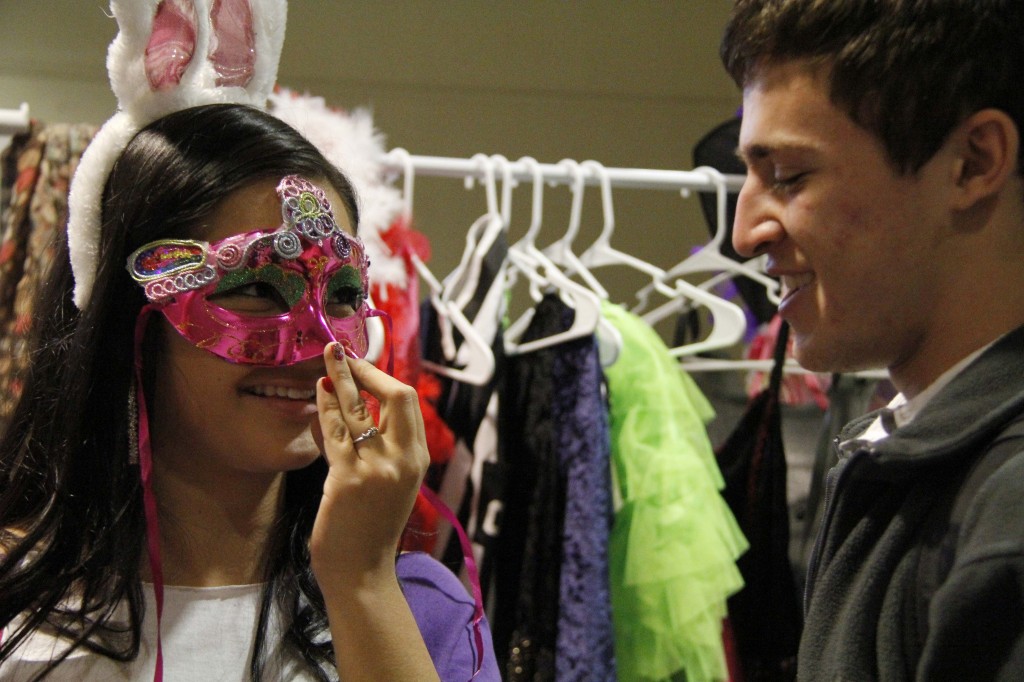 “We are now focusing on an upcoming venture called Yoga with Nourish,” Moore says. The event will be held in Schine 304ABC (off the Panasci Lounge) on Tuesday, Nov. 5, from 11 a.m. to 2 p.m. For a $5 admission, students can attend a free yoga class; are entered into giveaways, including apparel, yoga equipment and healthy snacks; and can shop among Lululemon merchandise. The next event is expected to be an open mic night.

Although the chapter and its ventures kicked off this fall, the chapter has been in the works for a year. Moore first became aware of Nourish International after receiving an email while she was studying in South Africa in fall 2012 as part of the School for International Training, through SU Abroad’s World Partners Program.

The organization was looking to possibly start a chapter in Syracuse and was gauging student interest.

“I really identified with the organization’s mission and values. This was the meaningful service commitment on campus that I had always been looking for,” Moore says.

Robyn Goldhar ’14 and Jackie White ’14 worked with Moore through the application process as co-founders. Syracuse was then selected as one of 18 chapters out of 60 applicants.

Before launching the SU chapter, Moore and Goldhar attended a five-day conference in August that is hosted every year by Nourish International, which began in 2003.

There was also a video competition in which chapters showed what had been accomplished with their efforts. The students were moved by what others had achieved in community projects. “This is why we do this work because it’s about communities that are allowing us to be part of them. It’s not really about us anymore,” Moore says.

Along with Moore as president, there is also an executive team and board, as well as a committee working on ventures and another on the international project—headed by Haley Kulakowski ’16 and Charlene Ntahobari ’15. A general meeting earlier this semester drew about 85 students between two nights and the chapter got another 200 email addresses from students interested in joining at the Student Involvement Fair, Moore says. 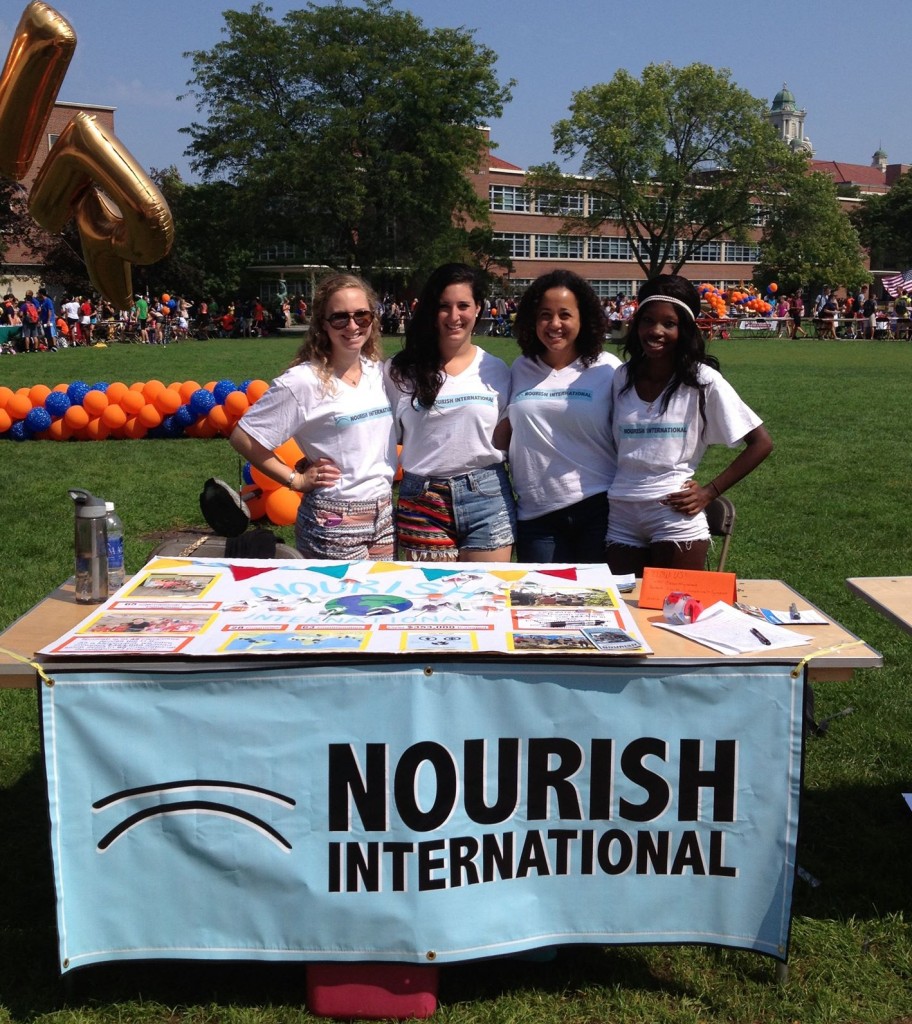 Members of SU’s chapter of Nourish International, a new student group on campus, raise awareness about the organization and gather new members at the Student Involvement Fair this fall.

“We’re really looking for a strong membership who identify with the values Nourish has and its aims,” Moore says.

That’s what resonated with Moore. “When I was abroad, I found that you learn so much about people by being part of their daily lives. That’s how you get in touch with the humanity of other people,” says Moore, who spent time with a diverse group of families in South Africa. “Being able to bring that to a group of students is important and it’s part of the legacy that I want to leave here—and a way to give back to Syracuse for everything that it’s done for me.”