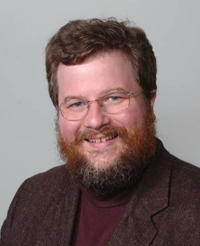 School of Information Studies (iSchool) faculty member Scott Nicholson will lead a session on transformative games at a meeting of the New York State Senate Select Committee on Science, Technology, Incubation and Entrepreneurship at Rochester Institute of Technology (RIT) tomorrow.

The committee, headed by Senator Martin Golden, will be in Rochester for a fact-finding session on how to grow the video game development industry.

The roundtable, titled “Growing Computer and Video Game Development in New York,” is a session to gather comment from interactive entertainment leaders, entrepreneurs and legislators on how to attract and support the growing industry.

Nicholson will open the afternoon portion of the day-long event, and focus on transformative games and how they can be used as a tool to transform players.

“Our hope for the event is to make sure that the resources Upstate New York can offer are considered as part of a plan to attract gaming companies to New York state,” says Nicholson. “We are delighted that Senator Golden is interested to learn how upstate New York can complement New York City to make an attractive home for game companies.”

The event, which is open to the public, will be held at RIT’s Center for Media, Arts, Games Interaction and Creativity (MAGIC), a nonprofit university-wide research and development laboratory and a for-profit production studio that assists in efforts to bring digital media creations up to marketplace standards and commercialization.

At the iSchool, Nicholson’s research is focused on transformative games and meaningful gamification. In addition to his research, Nicholson runs the Because Play Matters game lab at the School.