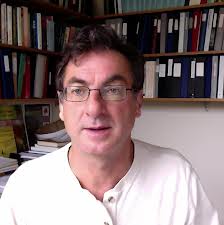 Mark Bowick, professor of physics in The College of Arts and Sciences, has been appointed the new Joel Dorman Steele Professor of Physics. The Steele Professorship is one of the University’s oldest and is named for the 19th-century SU trustee.

A reception in Bowick’s honor will be held on Thursday, Oct. 31, at 3:30 p.m. in room 204 of the Physics Building. It will include a lecture by him at 4 p.m. titled “The Hard Science of Soft Matter.”The event is free and open to the public. For more information, call the Department of Physics at 315-443-3901.

“Mark Bowick is deserving of this lifetime honor,” says Arts and Sciences Dean George M. Langford. “An international expert in soft matter, he is a remarkable scientist, teacher and leader. Professor Bowick also has, to his name, many scholarly publications and a strong track record of professional service.”

Alan Middleton, professor and chair of physics, echoes these sentiments. “The Steele Professorship goes back to the early days of the physics department and of SU, in general,” he says, adding that previous holders include professors emeriti A.P Balachandran (1999-2012) and Kameshwar Wali (1997-98). “Mark is in good company.”

An SU faculty member since 1998, Bowick is a theoretical physicist who studies the relationship between geometry and order in soft condensed matter systems. His research involves the properties of membranes and random surfaces, as well as topological defects in a variety of systems. More recently, he has been examining spherical crystallization in colloidosomes and viruses.

Bowick’s lecture at SU will look at unusual physics that occur in soft condensed matter systems. 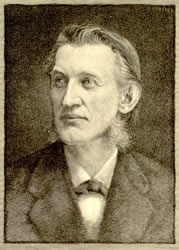 Whereas hard matter (e.g., crystals, glasses and metals) is governed by atomic forces and quantum mechanics, soft matter forms on a macroscopic scale, often from biological, or organic, molecules. Here, the rules of quantum mechanics do not apply. As a result, the materials are softer and capable of forming a wide variety of structures.

Bowick has held teaching positions at other institutions, including Harvard and Yale universities; Massachusetts Institute of Technology; the University of California, Santa Barbara; and Trinity College in Dublin. He is the recipient of numerous honors and awards, including the William Wasserstrom Prize for Excellence in Graduate Teaching and Advising and the Chancellor’s Citation for Exceptional Academic Achievement. Born and raised in New Zealand, he earned a Ph.D. in physics from the California Institute of Technology.

Joel Dorman Steele (1836-1886) was an author and educator in Upstate New York, as well as a fellow of the Geological Society of London. Upon his death, Steele’s widow, Esther Baker Steele, endowed the Joel Dorman Steele Professorship, whose first recipient was Eugene E. Haanel, founder of SU’s physics department. Esther also named a laboratory, which housed the physics department, until the construction of its current building in 1966.