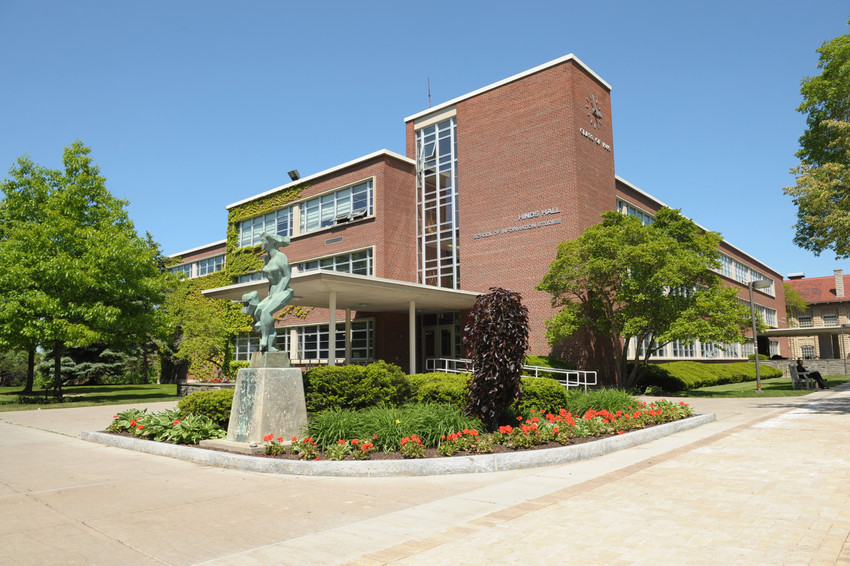 The School of Information Studies (iSchool) at Syracuse University has received a landmark gift of $7 million from the estate of Estelle Wilhelm ’38 (Arts and Sciences), G’39 (iSchool). A professional librarian for most of her career, Wilhelm died in 2012 in Gillette, N.J., and had no surviving relatives.

The legacy is the largest single gift in the history of the iSchool.

Wilhelm worked as a children’s librarian from 1939-1944 at the Endicott, N.Y., Public Library, the Philadelphia Public Library and the New York Public Library. She later worked for the military as a post librarian at the Battery General Hospital in Rome, Ga., the U.S. Navy Material Technical Library Catalog Office in New York City and the military base in Cape Lookout, N.C., where her monthly book allowance was said to be $500.

From the gift, $1 million will be designated for the iSchool’s Tech Endowment, which provides new and upgraded technology for classrooms and labs. The allocation of the remainder of the gift is yet to be determined. The first $2.5 million is expected before the end of the year with the remainder to come in several disbursements in the coming year.

“We are most appreciative of this generous gift from our loyal alum, Mrs. Estelle Wilhelm, a graduate of our master of library science program and a dedicated and happy librarian for many years,” says iSchool Dean and Trustee Professor Elizabeth D. Liddy. “As we plan how to best put her gracious gift to good use for the betterment of our school and the support of our students, we will frequently think back at how much she valued her education with us, her many years in a career she loved and the great smile on her face when she visited us in 2006 to celebrate her previous gift to the school.”

“Mrs. Wilhelm’s precedent-setting gift is all the more stunning in light of the story behind it,” says SU Interim Chancellor Eric F. Spina. “She made the most of her SU education through a career that she not only found personally fulfilling, but through which she was able to touch the lives of so many with humility and cheer. Ultimately, it actually is a beautiful and towering legacy that she leaves, enabling the iSchool to transmit her impact forward for generations to come.”