Physicists in Syracuse University’s College of Arts and Sciences have received a major federal grant to create the tools needed to understand the collisions of black holes and neutron stars. The project is part of a national multiinstitutional initiative called the Theoretical and Computational Astrophysics Network (TCAN), targeting fundamental issues in theoretical and computational astrophysics. 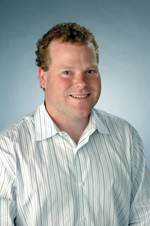 Associate Professor Duncan Brown, along with physicists from Cornell University, the California Institute of Technology and the University of Washington, have received a three-year $1.5 million grant from the National Science Foundation (NSF) to establish a TCAN network.

In 2015, NSF’s Laser Interferometer Gravitational-Wave Observatory (LIGO) at Caltech will begin studying the gravitational-wave sky. Gravitational waves are produced when black holes and neutron stars collide at very high speeds—speeds so high that Einstein’s theory of relativity comes into play.

“A neutron star is a giant atomic nucleus, the size of a city,” says Brown, an expert in theoretical astrophysics and gravitational waves. “If you smash two of these stars together at one-tenth the speed of light, you’re going to get fireworks.”

These electromagnetic fireworks may be witnessed by NASA’s Fermi and Swift satellites, as well as by wide-field optical telescopes, such as the Large Synoptic Survey Telescope. Together with LIGO’s gravitational-wave signals, these “multi-messenger” observations will propel a revolution in the study of neutron stars and black holes, some of nature’s most compact objects.

“But first, we need to understand the physics of the collisions,” says Brown.

Enter TCAN, the brainchild of the NSF’s Division of Astronomical Sciences and NASA’s Astrophysics Division. TCAN seeks to unite researchers in collaborative networks across institutional and geographical divides, in hopes of addressing key “frontier” questions about astrophysics beyond the scope of regular research grants and programs. 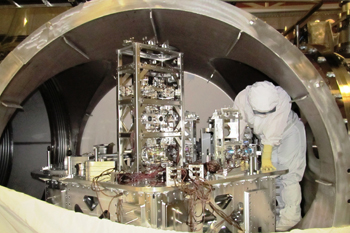 “By confronting our theoretical knowledge of gravity and nuclear physics, with multi-messenger observations, we can use black holes and neutron stars as cosmic laboratories to explore the nature of matter and gravity,” says Brown. “The theoretical and computational tools that allow us to interpret these observations, however, are in their infancy. This grant supports a coordinated effort to create these tools.”

TCAN will develop computer algorithms that allow for large-scale explorations of merger and stellar collapse simulations. Specifically, it will explore the microphysics needed as inputs for these simulations, as well as the gravitational-wave and electromagnetic signatures produced.

“All code will be released as open-source [software], and microphysics inputs will be freely available to everyone,” says Brown, adding that outreach videos, containing visualizations and researcher interviews, will be disseminated via YouTube for each new result. “This will facilitate reproducibility and will accelerate scientific discovery.”

Each TCAN network is highly integrative and is made up of groups of researchers at each institution called “nodes.” Brown’s network encompasses two numerical relativists (Christian Ott, assistant professor of theoretical astrophysics at Caltech, and Saul Teukolsky, the Hans A. Bethe Professor of Physics and Astrophysics at Cornell) and a nuclear astrophysicist (Sanjay Reddy, professor of physics at Washington). The network plans to add four graduate students and four postdoctoral fellows, all of whom will be cross-trained in modeling, microphysics and multi-messenger observations.

“This grant will support sustained, coordinated efforts in physics research, while training the future workforce of theoretical and computational scientists,” says Brown.