Fishing for an agreement on mercury 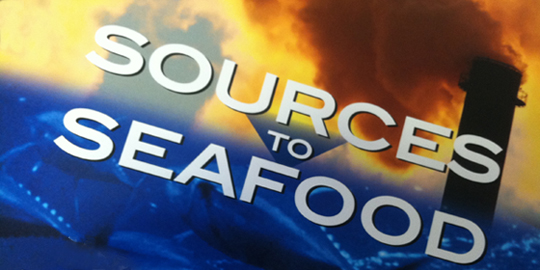 Charley Driscoll says he’s not trying to scare anyone. But this story may have you looking a little differently at that tuna fish sandwich you have in your brown bag for lunch.

“Fish is an important part of a healthy diet,” says Driscoll, a University Professor at the L.C. Smith College of Engineering and Computer Science. “But like anything, you want it in moderation”.

Driscoll’s comments come on the heels of a report he co-authored called ‘Sources to Seafood, mercury contamination in the marine environment.’ The research was published in a special issue of the journal Environmental Research and brought Driscoll, along with his colleagues, to Capitol Hill to address members of the U.S. Senate, among others. Driscoll co-authored the study along with Dartmouth College Research Professor Cilia Chen, University of Connecticut Professor of Marine Sciences Robert Mason and Elsie Sunderland, professor of aquatic science at Harvard School of Public Health.

The report was issued in advance of the final meeting in Geneva to develop an International Mercury Treaty. Driscoll says part of the reason for the appearance in Washington, D.C., was to let the U.S. delegation know that mercury contamination is a global problem, and that we’re affected by what happens around the world, not just the United States.

And while you might not care about mercury, know this: if you eat fish, there’s a good chance you’re eating mercury too.

“Most people get their mercury through consumption of fish,” says Driscoll, who adds “Ninety percent of the mercury that enters the ocean came from the atmosphere,” typically from power plant emissions. Gold mining is another big source. And while mercury production domestically has dropped (60 percent reduction since 1990, according to Driscoll) it’s still an issue internationally.

Driscoll says along with power plant and gold mining, there are other sources of mercury. Some occurs naturally. Most is generated by humans. And some of what researchers are seeing is mercury that has been pre-released and then deposited (into soil or lake beds) only to be converted into a form that goes back into the atmosphere, kind of like the gift that keeps on giving. A gift that few people want.

The executive summary spells it out clearly. Mercury poses substantial threats to human health, and is ranked third on the U.S. Agency for Toxic Substances and Disease Registry’s priority list of contaminants that are hazardous to the U.S. population (arsenic and lead are one and two).

Among the findings of the report is that mercury pollution is ubiquitous in the world’s oceans, where most of us get the fish we eat, and that mercury contamination in fish will decline roughly in proportion to decreases in mercury inputs. Which means, if we reduce mercury emissions, we’ll reduce mercury levels in fish.

But for an example of progress one need look no further than Onondaga Lake, just a few miles away from the SU campus and at one time considered the most polluted body of water in the world. A soda ash factory and, much later, a chloride manufacturing plant were the primary culprits. An aggressive mercury mitigation plan is under way and Driscoll says as a result, mercury levels in Onondaga Lake fish have dropped by about 50 percent.

And when all is said and done, it all comes down to what you’re eating for lunch or dinner.

“I think it’s important to understand who’s consuming fish and to have smart advisories that really target a certain population, but to do it in a smart way,” says Driscoll. “For instance, looking toward species that are lower in mercury, not to eat several meals a week from fish high in mercury (like tuna or swordfish) and to also talk about the benefits of eating fish.”