Brian Mullaney, co-founder and president of the cleft lip and cleft palate charity Smile Train, will visit the Newhouse School on Tuesday, Feb. 2. He will speak at 6 p.m. in the Joyce Hergenhan Auditorium in Newhouse 3. His talk is free and open to the public. Parking is available in SU pay lots. 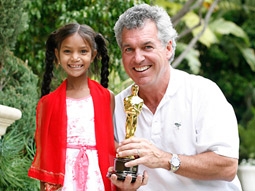 Mullaney has visited many of the poorest countries in the world, where he has met with thousands of children suffering from cleft lip and palate, and thousands of surgeons and other medical professionals.

Mullaney earned a degree in business economics at Harvard University and worked in advertising for more than 25 years. In 1990, he co-founded Schell/Mullaney advertising, a high-tech marketing agency that was later sold to CKS, the first publicly held, interactive advertising agency in the United States.