It’s a classic “who done it.” The prize-winning brownies are missing and it’s up to kids across the nation to learn to use science to solve “The Brownie Caper.” The mystery is part of the 2010 Kids’ Science Challenge (Year 2) “Detective Science” category. The category features the Forensic Science Program in Syracuse University’s College of Arts and Sciences, the Onondaga County Wallie Howard Jr. Center for Forensic Sciences and four students from Central New York schools. 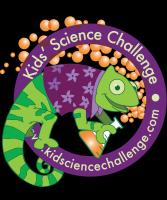 The Kids’ Science Challenge online competition encourages third- through sixth-grade students to submit experiments and problems for scientists to solve in any of three categories. The competition is supported by the National Science Foundation and presented by “Pulse of the Planet,” a radio program broadcast to more than 320 public and commercial stations around the world. The contest began Oct. 1 and continues through March 1, 2010.

“Detective Science,” created by SU and Wallie Howard scientists in collaboration with “Pulse of the Planet,” challenges kids to use forensic science tools to solve a real-life mystery or to create a mystery for others to solve.

The Detective Science challenge includes video demonstrations of kid-friendly forensic science experiments that can be done at home or in the classroom, which were developed by Spencer, founder of SU’s Forensic Science Program, and high school science teacher Tyna Gaylord. Gaylord is a Ph.D. student in the Department of Science Teaching and teaches chemistry and forensic science at Indian River High School in Philadelphia, N.Y.

“We are delighted to participate in the nationwide Kids’ Science Challenge,” says Kathleen Corrado, director of laboratories for the Onondaga County Center for Forensic Sciences Laboratories. “The project is a wonderful way to get children excited about science and help them apply what they learn in the classroom to real-world situations.”

SU’s Media Action Center for Sustainable Science presented the initial proposal for the Detective Science challenge to “Pulse of the Planet” producers. The Media Action Center, funded with a Chancellor’s Leadership Grant, serves as a national clearinghouse to connect science journalists to scientific research and scholarship.