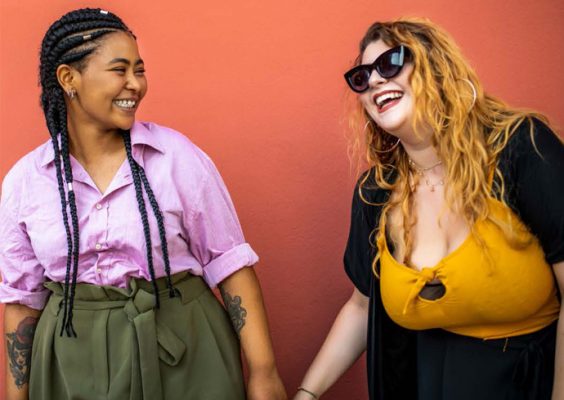 A four-week body positivity workshop is offered by the Psychological Services Center in February. (Photo courtesy of the National Eating Disorders Association)

The prevalence of diagnosed eating disorders, including anorexia nervosa, bulimia nervosa and binge eating disorder, are on the rise in the U.S., as Johns Hopkins All Children’s Hospital reports that as many as 30 million Americans have an eating disorder.

Many more Americans demonstrate symptoms of disordered eating without having a diagnosed condition.

The University’s Psychological Services Center, housed in the College of Arts and Sciences, is recruiting participants for an evidence-based eating disorder prevention program called The Body Project.

This four-week virtual, no-cost body positivity workshop is offered for eligible folks between the ages 12 and 24. The workshop is for individuals who struggle with the very common problem of body image dissatisfaction, but do not have an eating disorder diagnosis.

Kapuscinski, associate teaching professor of psychology, says she was motivated to bring this program to campus after attending a session on The Body Project at an eating disorder conference in 2019.

“The presenters, Ellen Bennett and Sharon Mathiason, shared in common that they had daughters who had died from eating disorders, anorexia specifically,” Kapuscinski says. “They had run these groups before and their enthusiasm and passion about it was so palpable—it was infectious. I wanted to bring something to our community that could prevent other mothers from having to go through that.”

Participants will practice speaking, writing and acting in ways that are in opposition to the appearance ideal and in support of body acceptance and high self-esteem.

“The main goal of the program is to challenge the societal appearance ideal,” Orantes says. “As a prevention program, the primary outcomes we like to see among participants are reductions in body dissatisfaction and disordered eating, as well as decreasing the cognitive dissonance that can occur in terms of differences between our attitudes and our behaviors.”

Participants in previous cohorts have reported increases in the general level of pride they take in themselves, and an increased ability to thrive in areas of their life beyond their physical appearance.

“When we are focused on the way we look and that is the area of concern for us going about daily life, we miss out on being able to do a lot of other things,” says Kapuscinski. “I’ve been pleased to see prior participants say that their ability to focus on what interests them and what they’re passionate about expands through the group, allowing them to spend more time being present with those activities rather than worrying about how they appear to others.”

“When you say something that is counter to the thin ideal or appearance ideal to a group of other girls or women, that means something different than if you just talk about it with your therapist,” Kapuscinski says. “It’s more likely to facilitate actual changed behavior in a person’s life.”

The Body Project launches Feb. 2. Contact Heather Pierson, office coordinator in the Psychological Services Center, by email (hmpierso@syr.edu) or phone (315.443.3595)  to join or for further information.