As director of the Minority Stress and Trauma (MST) Lab, Jillian Scheer’s research focuses on bettering the mental and behavioral health of diverse and underserved sexual and gender minority people who have experienced trauma. In support of that work, Scheer, an assistant professor and Cobb-Jones Professor of Clinical Psychology in the College of Arts and Sciences, has received several highly competitive grants through agencies including the National Institutes of Health. 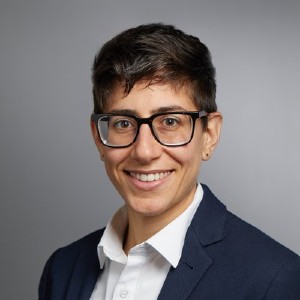 Jillian Scheer, Cobb-Jones Professor of Clinical Psychology in the College of Arts and Sciences, has received a 2022 Walter Katkovsky Research Grant to explore how expressive writing therapy can help reduce PTSD symptoms and hazardous drinking among trauma-exposed sexual minority women.

Scheer is most recently one of five recipients of a 2022 Walter Katkovsky Research Grant from the American Psychological Foundation. The national award provides $10,000 in funding support for research on the general topic of psychotherapy.

Scheer and collaborators are working to adapt existing evidence-based writing protocols to understand whether “tailored expressive writing interventions,” that is, writing about stigma or trauma, lead to decreased PTSD and hazardous drinking, as compared to daily neutral journaling (writing about neutral [i.e., banal] topics). Furthermore, this study seeks to examine the acceptability and feasibility of expressive writing interventions for trauma-exposed sexual minority women through qualitative and quantitative approaches. This project is also supported by a 2022-23 Ralph E. Powe Junior Faculty Enhancement Award.

Scheer’s work takes on significant importance as recent research has found that sexual minority women who have encountered unique stressors, such as stigma and trauma, are at an increased risk of suffering from mental health conditions including PTSD and are more susceptible to hazardous drinking, which is alcohol use that increases the risk of negative consequences.

“Writing interventions focus on written emotional disclosure and are cost-effective, culturally sensitive, and scalable low-threshold treatments that do not require abstinence as a goal,” Scheer explains.

This brief intervention typically asks participants to write about their deepest thoughts and feelings related to stressful or traumatic experiences for 15-20 minutes over the course of three to five sessions. Some studies have demonstrated overall efficacy of expressive writing interventions in reducing PTSD symptoms, psychological distress, sympathetic nervous system activity, and alcohol and other drug use relative to journaling about neutral topics. Expressive writing also promotes mental and behavioral health as a stand alone treatment (vs. delivered alongside contact with a therapist).

A faculty member in the psychology department since 2020, Scheer’s other recent awards include a prestigious K01 grant from the National Institute on Alcohol Abuse and Alcoholism for a project titled, “Testing a biopsychosocial model of violence exposure, minority stressors and hazardous drinking among sexual minority women.” That project is also supported by a Syracuse Office of Undergraduate Research and Creative Engagement (SOURCE) Research Assistant grant. Scheer also received a Syracuse University Collaboration for Unprecedented Success and Excellence (CUSE) grant for the project, “A socioecological approach to understanding formal help-seeking barriers and facilitators among victimized sexual and gender minority people.”