Members of the Student Veterans Organization (SVO) at Syracuse University recently rallied under the spirit of volunteerism to support the campus community and greater Syracuse community. 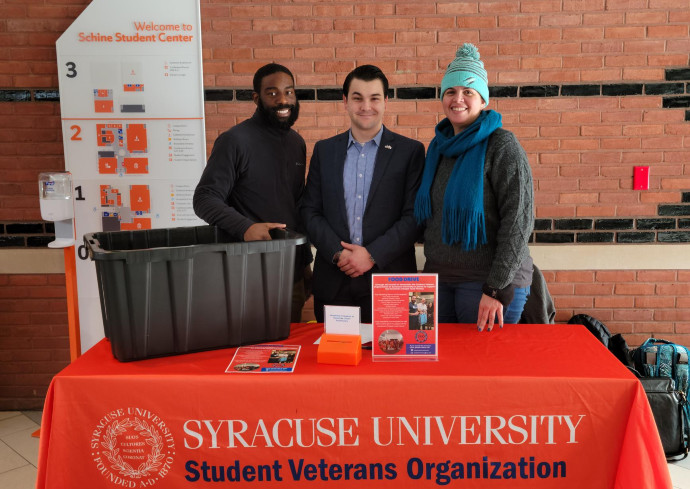 Amid the final weeks of the semester, through the hectic schedule of the holidays and final exams, the military-connected students collected donations to help individuals in need and ventured out into the first snowstorm of the season to honor the memory of Central New York veterans who came before them.

The students first came together to support the Hendricks Chapel Food Pantry. By leveraging their cross-campus network, they were able to collect a sizable donation for the pantry, which also provides resources to help individuals overcome financial hardships and establish personally sustainable financial solutions.

“Hendricks Chapel is such a great centerpiece for the student experience here, and this year we really wanted to find a way to collaborate with other organizations,” says Anthony Ruscitto ’22, a U.S. Marine Corps veteran and president of the SVO. “Most people who have spent time at Syracuse University know that Hendricks Chapel is a place where if you donate to that center, you can be confident that it’s going to benefit people in this community.”

The SVO collected more than 200 pounds of food comprising more than 400 different items during the drive this year. The SVO’s executive board relied on a time-honored military tactic that has proven successful throughout centuries of military history—they called for support.

Professor Jonathan French, who teaches chemistry in the College of Arts and Sciences, was approached by Jack Pullano, a student veteran and the public affairs coordinator for the SVO. Originally, Pullano asked to place a collection bin in the chemistry department, but due to the department’s small size the professor wondered how effective it would be. French offered to put a challenge out to his classes for donations, offering bonus points on an upcoming exam as an incentive to donate. 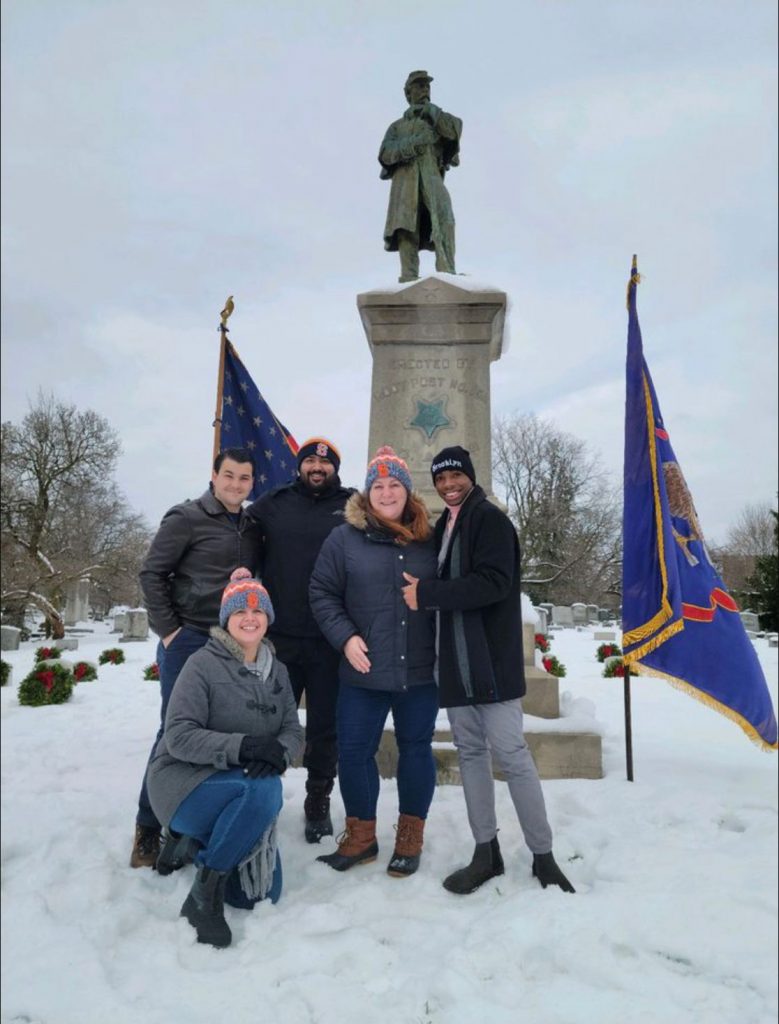 On Saturday, Dec. 17, members of the SVO took part in National Wreaths Across America Day, a day of recognition for those who served and are no longer with us.

“I have never done anything like this, and I didn’t know if the challenge was wildly high or low, but I was willing to find out. I set the item total for the class and not per person so that if someone was unable to donate, they were still able to receive the bonus points,” says French. “We had one student bring in 62 one-pound boxes of pasta! When I went with Jack to drop off the donations from the second day, I was surprised to see that a good portion of the donations from the previous day was already gone.”

For veterans, there are also those moments to give back by paying respect to those who served before them. On Saturday, Dec. 17, members of the SVO took part in National Wreaths Across America Day, a day of recognition for those who served and are no longer with us.

National Wreaths Across America Day takes place every year on a Saturday in December. The event started as a small, private tribute to fallen servicemembers and slowly grew over the years to a national effort of recognition. More than 3,400 cemeteries joined Arlington National Cemetery to commemorate the annual event, including nearby Oakwood Cemetery located just south of main campus.

The SVO was on hand to help pay respects to the more than 840 military veterans buried at Oakwood Cemetery, including Major General Henry A. Barnum (1833-1892), who fought for the Union Army during the Civil War and was awarded the Medal of Honor for actions prior to the Battle of Chattanooga in November of 1863, and former U.S. Representative Amos P. Granger (1789-1866), who also served a captain in the War of 1812 and as the president for the nearby town of Manlius. The veterans placed donated wreaths on every headstone or grave marker belonging to a veteran, most of which are in the cemetery’s Civil War section. 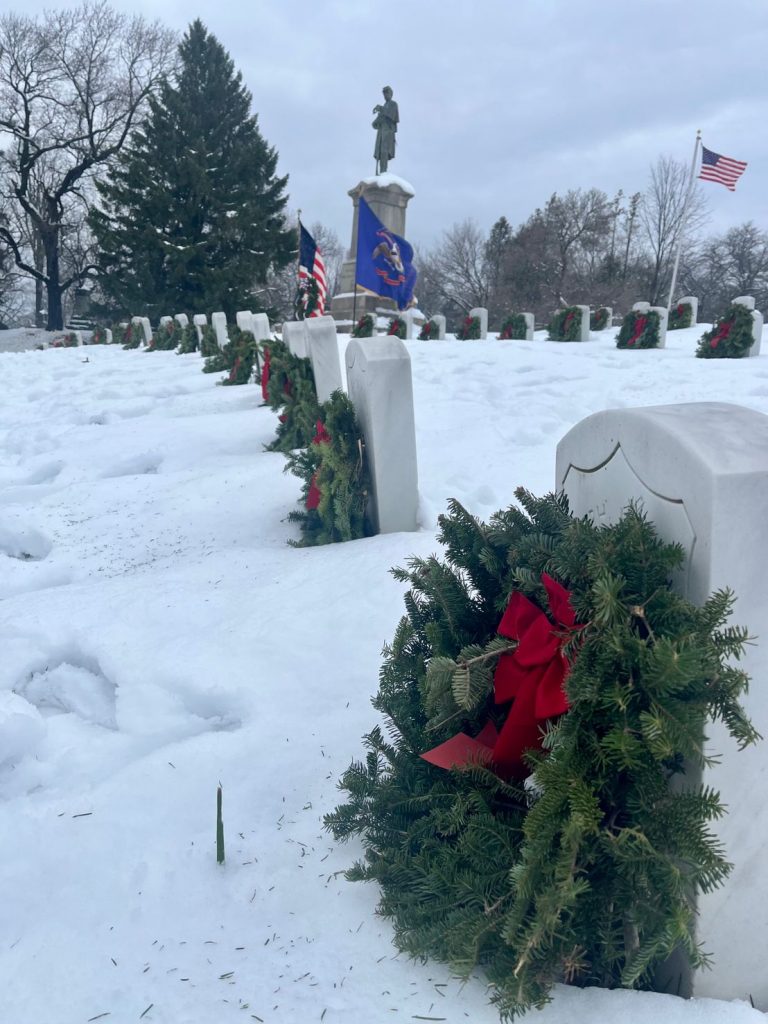 “It was a very somber moment, to be honest. When we first saw the number of wreaths to be placed on veteran grave sites…I had no idea there were so many veterans buried there,” says Ruscitto. “We were there to honor them with reenactors dressed in historically accurate Union Army uniforms, and high school students completing community service projects. When we get out in the community in this capacity we’re forced to remember this isn’t just to support our community, it’s to honor what others have done before us and to keep that spirit of selflessness alive.”

Those interested in supporting veterans at Syracuse University, or wanting to get involved with volunteer opportunities to help veterans in the local area, are encouraged to consider joining the Veterans Affinity Group. The group is open to all members of the campus community with military service experience or a passion for supporting those who have served.