Five Syracuse University faculty members have won highly competitive awards from the New York State Council on the Arts—a record in the number of awards in a single year for Syracuse University in its 20 years of participation with the council’s grant program.

“These awards demonstrate the high esteem in which our faculty are held and will help preserve and expand the rich cultural resources of New York state,” says Duncan Brown, the University’s vice president for research. “The broad range of projects showcase Syracuse University’s engaged scholarship in the arts and humanities from the College of Arts and Sciences, the College of Visual and Performing Arts and the School of Information Studies.” The five awards total $80,000 and are a major achievement for arts and humanities scholarship at Syracuse University, he says.

“One of the aspects that I believe made these projects successful is their emphasis on underrepresented narratives, whether those were expressed in film, music, quilting or literature, along with their focus on community connection and interface,” says Sarah Workman, assistant director, research development for humanities, in the University’s Office of Research/College of Art and Sciences. “These projects all have inclusivity at their core; they emphasize access and representation in their own way as well as including the aspects of strong community ties and community-representative themes,” Workman says. 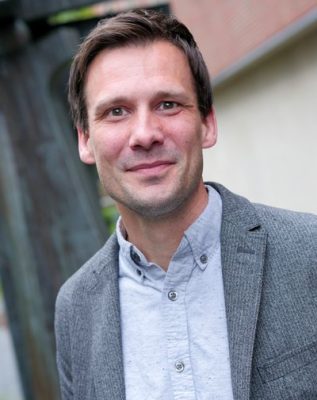 Faculty winning awards and securing funding for their scholarship were the following:

Brice Nordquist, associate professor of writing and rhetoric and Dean’s Professor of Community Engagement in the College of Arts and Sciences, was awarded $40,000.

Previous and upcoming events include the following:

Environmental Storytelling CNY is presented by the University’s Engaged Humanities Network with SUNY College of Environmental Science and Forestry’s writing, rhetoric and communications program. It brings together scholars, teachers, students, artists and community leaders to deepen understandings of and strengthen responses to the impacts of the climate crisis on Central New York and interconnected ecosystems around the world.

In addition, four faculty members each received $10,000 awards in the category of Support for Artists. They are the following: 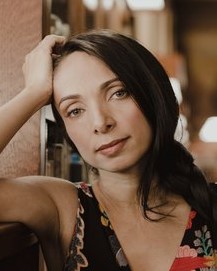 Chanelle Benz, assistant professor of English, College of Arts and Sciences, for her literature project, “The Labyrinth.”

The book is set on a former sugar plantation in Louisiana, centering on Black liberation, West African-derived religions and environmental millenarianism. It explores the legacies of transatlantic slavery as they intersect with modern environmental racism and capitalistic nihilism, and the powerful nature-based connections African descendants forged for protection and survival and to link arms with their dead. 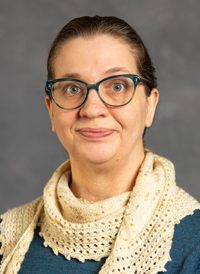 Clarke’s project takes the traditional skill of quilting and data and information science knowledge to visually and tangibly illustrate information. One of her quilted pieces, in the form of an American flag, uses colors and textures to illustrate the lack of gender and racial diversity in the U.S. Senate during the 116th Congress.

Another showcases differences between typically masculine professions that are lauded in American culture, compared to “invisible work.” Clarke plans new data-driven pieces by having attendees at community events in New York state select fabrics, colors and shapes to interactively create a collaborative quilt on the spot.

Kara Herold, associate professor of film, Department of Film and Media Arts, College of Visual and Performing Arts, for her film project, “The Callback.”

The project is an original comedy about an artist struggling to succeed within a backwards Hollywood dream machine. The storyline features an aspiring actor whose pursuit of a role through auditions calls out an industry that offers limited and/or stereotypical roles for women, and one where women are still underrepresented onscreen and off.

The original film is co-written by Herold and her collaborator, Lisa McElroy, and directed, produced and edited by Herold. The crew consisted of five professionals and 24 students, including those in the On-Set Production class co-taught by Herold and Film and Media Arts Instructor Joe Gabriel with assistance from Associate Professor Alex Méndez Giner. Filming was done on campus and at various City of Syracuse locations. 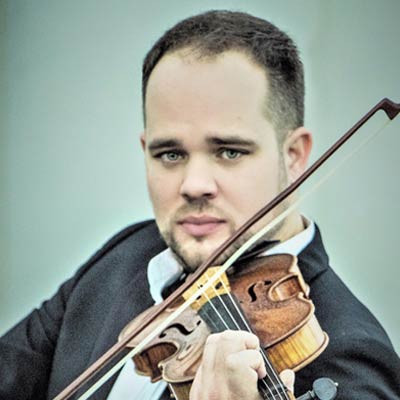 Funding is providing Knuth and classical guitarist Adam Levin, as the group Duo Sonidos, to expand chamber music for violin and guitar and develop and premiere a new musical work. Their new album targets Brazilian composers.

Legendary Brazilian guitarist and composer Sergio Assad is working with Knuth and Levin to compose a new piece based on the paintings of Brazilian female artist Tarsila do Amaral, a leading global modern artist.