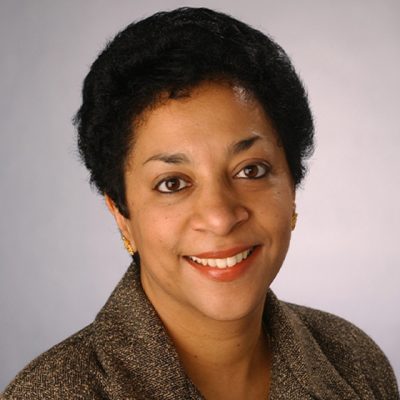 For more than three decades, sociologist Prema Kurien has explored the relationship between international migration, race, ethnicity and religion with a focus on migrants from India and other countries in South Asia.

She is the author of three award-winning books and more than 60 other publications.

And, her research has been funded by high-profile organizations such as the National Science Foundation (NSF), the Wilson Center and the Carnegie Corporation of New York.

These and numerous other scholarly accomplishments—coupled with Kurien’s interdisciplinary approach, leadership and mentorship of students—made her an apt choice when it came time to select a director for the South Asia Center (SAC) in the Daniel Patrick Moynihan Institute of Global Affairs.

“Prema has a national and international reputation as a scholar of the region,” says Brian Taylor, professor of political science and director of the Moynihan Institute. “She’s the right person to lead the center at this time.”

Kurien, professor of sociology, took the helm as director of the SAC during the fall semester amid welcome news: The SAC and Cornell University—longtime consortium partners—have been awarded $1.05 million in grants from the U.S. Department of Education. The funding will be disbursed over the next four years and enables the SAC to continue as a Title VI National Resource Center (NRC) and provides students with Foreign Language and Area Studies (FLAS) Fellowships.

The consortium is the only NRC at Syracuse University and one of just six South Asia NRCs nationwide. “Being distinguished as an NRC gives us a great deal of opportunity to conduct programming with respect to one of the world’s most dynamic regions,” says Taylor. “It also gives faculty and students here at SU visibility as part of a prominent university consortium and helps them advance their scholarship as well as others’ knowledge about the region.”

The NRC funds support activities such as the New York Conference on Asian Studies. Held in October 2022, it drew 135 scholars from 15 countries to Syracuse University to share perspectives on pressing issues in Asia—everything from the successes and failures at mitigating COVID-19 and protests against military regimes to the takeover of Afghanistan by Taliban forces. “Our students and faculty benefited from exposure to a range of perspectives and expertise from both established and more junior scholars working on Asia, including South Asia,” says Taylor.

The FLAS funding, meanwhile, supports fellowships for students to study South Asian languages such as Hindi as well as area studies courses. The fellowships are for the academic year or can cover intensive summer training at the American Institute of Indian Studies in India or the South Asia Summer Language Institute at the University of Wisconsin. Across the four years of the FLAS grant, 32 University students will benefit from learning more about South Asia–many of them going on to jobs where such knowledge is highly useful, says Kurien.

“South Asia is a large, geopolitically, economically and socially important region of the world,” she adds. “Having a pipeline of students proficient in South Asian languages is important to maintain connections between the U.S. and people in the region.”

Kurien joined Maxwell in 2003. She is the founding director of the Asian/Asian American Studies program, former chair of the sociology department and has long served as a senior research associate with the SAC. In addition, she has chaired the Asia and Asian American section of the American Sociological Association and served as president of the Society for the Scientific Study of Religion.

“I look forward to making the South Asia Center an inclusive, welcoming space for students and faculty at Syracuse University and the wider community and to supporting research as well as intellectual and social exchanges,” she says. “The recent grants make it possible for us to continue and advance programming aimed at these goals.”